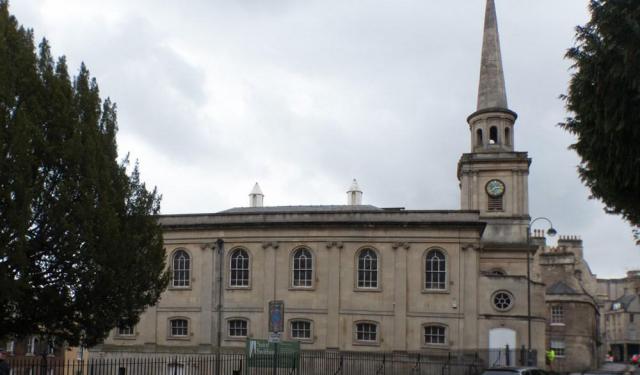 For many people literary Bath is synonymous with Jane Austen, a frequent visitor and sometime resident of the city. But during Bath’s heyday in the 18th and 19th centuries many fashionable authors visited the city, and featured it in their writing. I have rounded up some of the most important writers associated with Bath, and show where you can follow in their footsteps.

There are surprisingly few literary references to Bath prior to the 18th century. Probably the most famous is Chaucer’s Wife of Bath (in the Canterbury Tales), although the poem makes no reference to the city other than to note that she was from “biside Bathe”. (It is assumed that Chaucer chose Bath as her hometown because of its association with the wool trade from which the Wife of Bath derived her livelihood.)

A more satisfying early literary reference is in Geoffrey of Monmouth’s History of the Kings of Britain, written around 1136. (I treat this as literature as it was more fiction than fact…) Geoffrey recounts the legend of King Bladud, who was forced to become a swineherd after he contracted leprosy. He founded the city of Bath around 863 BC after he and his pigs were miraculously cured by bathing in the local hot springs. Today you can see a statue of Bladud in the Parade Gardens, and another in the King’s Bath (within the Roman Bath complex). ...... (follow the instructions below for accessing the rest of this article).
This article is featured in the app "GPSmyCity: Walks in 1K+ Cities" on iTunes App Store and Google Play. You can download the app to your mobile device to read the article offline and create a self-guided walking tour to visit the attractions featured in this article. The app turns your mobile device into a personal tour guide and it works offline, so no data plan is needed when traveling abroad.