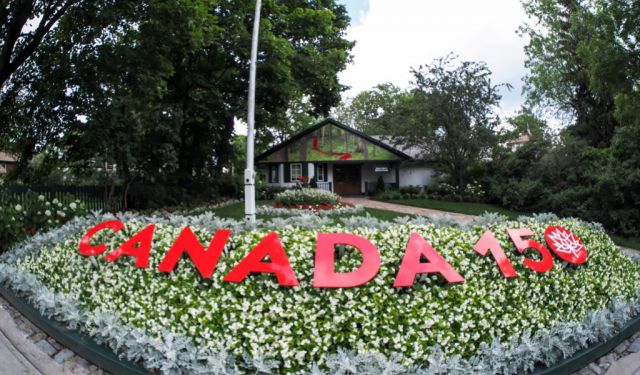 Perched on the north shore of Lake Ontario and guarding over the mouth of the Saint Lawrence River sits one of Canada’s most underrated cities to visit, Kingston Ontario. Like many, I’ve passed through Kingston traveling between Toronto and Montreal and like many, I have noted the historic limestone buildings, cozy coffee shops, and the sailboat-dotted shoreline and said to myself “I should really stop here someday.” Once again, like many this “someday” seemed to be just that. Separate trips from Toronto to Ottawa and Quebec City brought me past Kingston’s door without stopping in to say hello. With 2017 being Canada’s 150th birthday I made an effort to see as much of the country as possible. This meant getting off the 401 and finally discovering Kingston. What I found was an energetic food and music loving town with a history like no other.

My time discovering Kingston began how visiting any new destination should, drinking and eating with locals and getting their take on what sets their city apart. Squeezed onto the patio of Dianne’s Fish Shack overlooking Kingston’s harbor, I received the most awesome introduction one could ask for. 86-year-old author and self-proclaimed foodie Laurie Lewis gushed about her hometown’s dedication to food and the arts. In between trying to set her up with my grandfather and comparing Kingston’s street tacos to Mexico’s I realized I was in for a treat. Reconnected highschool friends Gary and Flame agreed. The food scene in Kingston is on point. “Gary is my restaurant boyfriend” jokes Flame about her excuse to try new restaurants and dishes. ...... (follow the instructions below for accessing the rest of this article).
This article is featured in the app "GPSmyCity: Walks in 1K+ Cities" on iTunes App Store and Google Play. You can download the app to your mobile device to read the article offline and create a self-guided walking tour to visit the attractions featured in this article. The app turns your mobile device into a personal tour guide and it works offline, so no data plan is needed when traveling abroad.