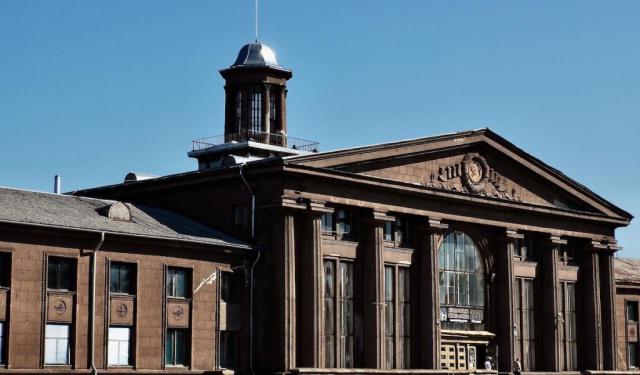 Discovering Spilve and the Aviation Heritage of Riga, Riga, Latvia (B)

Riga, the capital of Latvia has a rich aviation heritage that began in Spilve Meadow when Latvia was a state in the Russian Empire.

It was during this period, in 1915 that the Russian military began flight operations in a field five kilometres from the centre of Riga, the capital of Latvia one of the Baltic States.

When Latvia became an independent state after the Russian Revolution in 1917 Spilve was developed as a military base for the Latvian Air Force. But Latvia lost its independence during the Second World War. First it was occupied by the Soviet Union in 1940. It was then occupied by Nazi Germany between 1941 and 1944 before being re-occupied by the Soviet Union in 1944. This second occupation by the Soviet Union lasted until Latvia achieved independence in 1991. By this time Spilve was serving as an international passenger airport. When the Soviets captured the airfield they destroyed all the original buildings and change the name to Riga Central Airport. A new terminal was built in 1954 in the Soviet neoclassical style. It is still there today and is one of the few Stalinist-era buildings in Riga. ...... (follow the instructions below for accessing the rest of this article).
This article is featured in the app "GPSmyCity: Walks in 1K+ Cities" on iTunes App Store and Google Play. You can download the app to your mobile device to read the article offline and create a self-guided walking tour to visit the attractions featured in this article. The app turns your mobile device into a personal tour guide and it works offline, so no data plan is needed when traveling abroad.