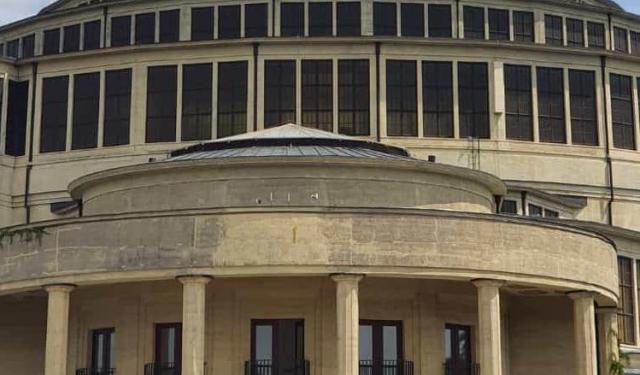 Discovering the Modernist Architecture of Wroclaw, Wroclaw, Poland (B)

Wroclaw, Poland, is famous for its massive main square in the old town (Rynek), full of colourful buildings everywhere you look.

But if you want to view the city in a somewhat different light, pay attention to the buildings you see when you step outside the market square.

You may overlook them (not all of them are in good repair), so it’s worth looking up to spot all the great styles and interesting architecture around Wroclaw.

Of all the architectural styles you’ll encounter in Wroclaw, this guide focuses on modernist architecture with its clean lines and minimalist facades.

After the Second World War Wroclaw became part of a communist state, the People’s Republic of Poland, under a strong soviet influence.

Many modernist gems were built in Wroclaw during the 20th century. It’s interesting to see how their varying styles represent the changes that the city went through. ...... (follow the instructions below for accessing the rest of this article).
This article is featured in the app "GPSmyCity: Walks in 1K+ Cities" on iTunes App Store and Google Play. You can download the app to your mobile device to read the article offline and create a self-guided walking tour to visit the attractions featured in this article. The app turns your mobile device into a personal tour guide and it works offline, so no data plan is needed when traveling abroad.