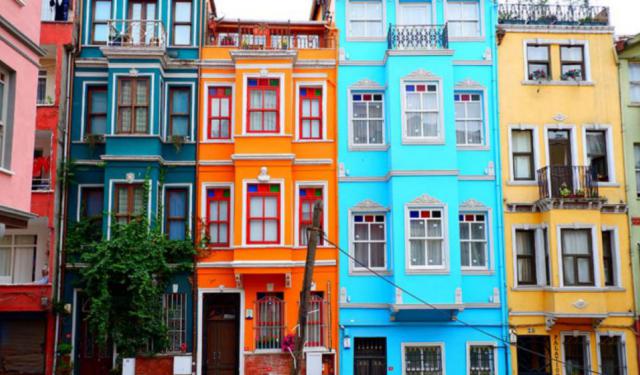 Discovering the Multi-Cultural Face of Istanbul, Istanbul, Turkey (B)

Istanbul is a metropolis, a multi-cultural spot bridging among Europe and Asia. There is the heart of east and west, and this mixture is reflected in Istanbul’s style for centuries. During the Ottoman times, many nations were living together such as Turkish, Greek, Jewish, and Bulgarian.

Balat and Fener are the two neighbourhoods in the same district where Jewish and Greek citizens were densely populated. The Ottomans were open and respectful to other religions than Islam that the Orthodox Patriarch continued its duties from Istanbul after the conquest. During Sultan Bayezid II times, many Jewish families migrated from Spain, and the sultan supported this act by sending his ships to bring them from Spain. These Jewish families resided in Istanbul until the establishment of Israel after the second world war. The Greek families moved out in the seventies because of the Cyprus dispute.

Today, Balat and Fener has a reputation with a distinguished architecture. The streets resemble a film set with the colourful buildings and cosy French style sidewalk cafe’s. In the last decade, Balat became a vital culture and art centre of Istanbul, that many art galleries, design studios and atelier shops opened. This year, a part of the design Biennal is being organized in Balat-Fener during the time 22 September – 4 November 2018. Click to read more about this event. ...... (follow the instructions below for accessing the rest of this article).
This article is featured in the app "GPSmyCity: Walks in 1K+ Cities" on iTunes App Store and Google Play. You can download the app to your mobile device to read the article offline and create a self-guided walking tour to visit the attractions featured in this article. The app turns your mobile device into a personal tour guide and it works offline, so no data plan is needed when traveling abroad.