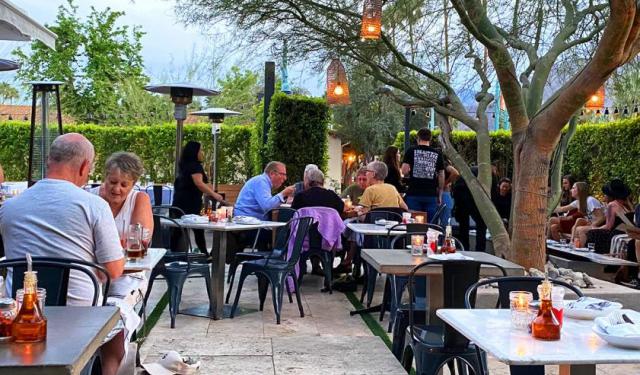 No matter how near or far you are from home, a recommendation for a good restaurant or bar is always nice to have. EATS is a collection of places that I’ve enjoyed during my travels.

If you want an exceptional meal with a hint of old Hollywood glamour than you have to go to Melvyn’s. The restaurant is located at the historic Ingleside Inn, which dates back to the 1920s. The inn was purchased in 1975 by Melvyn Harbor who opened the restaurant that shares his name and almost immediately it became a magnet for celebrities like Cher, Liza Minnelli, John Travolta, Marlon Brando, Arnold Schwarzenegger, Debbie Reynolds and perhaps most notably Frank Sinatra. In fact, Sinatra had his very own booth and was known to be quite the tipper around the place. Even after the restaurant underwent an update in 2017 it still has a way of making present day visitors feel like Hollywood royalty with retro elegance and top-notch service provided by its accommodating staff, many of which have worked at Melvyn’s for decades (including long-time maître d’ Brian Ellis) and are more than happy to share a story or two about the famous guests they have served. ...... (follow the instructions below for accessing the rest of this article).
This article is featured in the app "GPSmyCity: Walks in 1K+ Cities" on iTunes App Store and Google Play. You can download the app to your mobile device to read the article offline and create a self-guided walking tour to visit the attractions featured in this article. The app turns your mobile device into a personal tour guide and it works offline, so no data plan is needed when traveling abroad.