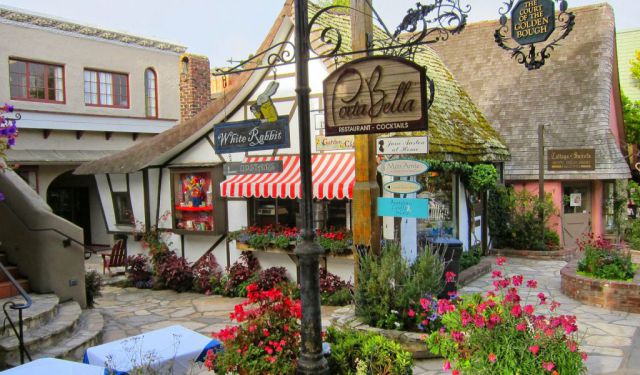 Edward Kuster's Theatre of the Golden Bough, Carmel, California (B)

Edward Kuster, former husband of Una Jeffers (c. 1901 – 1913) moved permanently from Los Angeles to Carmel in 1921. After 21 years as a successful attorney in southern California, Kuster would now put all his efforts into his real passion - Theatre. With an upper case “T,” please.

When Edward Kuster arrived in Carmel, he was thrust in to the middle of a personal dispute that had been going on for almost 10 years between Herbert Heron and Perry Newberry.

Heron who founded the Forest Theater in 1910 worked and acted amicably for two years alongside Newberry before a feud ensued regarding Bertha Newberry’s rights to the play “The Toad,” which she had submitted as an original piece for the 1912 Forest Theater season.

“In 1921 Heron was the director of the principal 1921 Forest Theater production, “The Countess Cathleen.” At his request I (Edward Kuster) composed and orchestrated the music for the play. While I was engaged in this Perry Newberry advised me to drop it, stating that without co-operation Heron’s production would fail, and that it was better that the Forest Theater should “commit suicide” that summer, so that a complete re-organization could take place. ...... (follow the instructions below for accessing the rest of this article).
This article is featured in the app "GPSmyCity: Walks in 1K+ Cities" on iTunes App Store and Google Play. You can download the app to your mobile device to read the article offline and create a self-guided walking tour to visit the attractions featured in this article. The app turns your mobile device into a personal tour guide and it works offline, so no data plan is needed when traveling abroad.