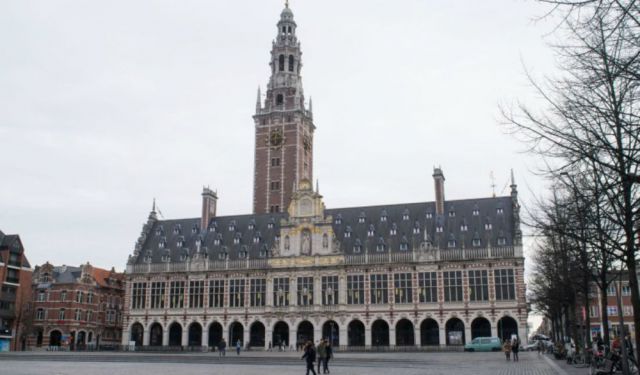 How the city of Leuven isn’t a bigger deal in Belgium is beyond me. This small city in the region of Flanders is simply full to the brim with stellar attractions that I think can stand toe-to-toe with Belgium’s best. Leuven flaunts a distinctive UNESCO site, one of the most remarkable libraries I’ve visited and a hearty beer culture to boot.

Seeing that it lies just outside the nation’s capital of Brussels, one has to wonder why more people don’t make the short trip, even if just for the day. I would hazard a guess that people simply haven’t heard of Leuven, so to remedy that, here’s all you need to know about Leuven to inspire you to visit.

The city of Leuven belongs to and is capital of the Flemish Brabant province, near the centre of Belgium. As I said before, the city is only 20 kilometres from the nation’s capital of Brussels, much closer than other popular day trips like Ghent or Antwerpen. It may not be one of Belgium’s biggest cities with 100,000 residents but makes up for its size with its world class university, hospital and beer brewing pedigree. ...... (follow the instructions below for accessing the rest of this article).
This article is featured in the app "GPSmyCity: Walks in 1K+ Cities" on iTunes App Store and Google Play. You can download the app to your mobile device to read the article offline and create a self-guided walking tour to visit the attractions featured in this article. The app turns your mobile device into a personal tour guide and it works offline, so no data plan is needed when traveling abroad.