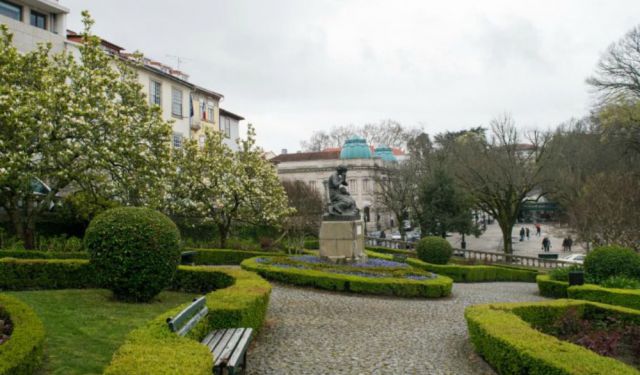 True to form, I don’t really remember why I decided to make Viseu my first stop on my trip to Portugal this year. It’s likely it’s because it was logically positioned as a stop between Salamanca in Spain and Portugal’s north. Whatever the reason, I found myself there without knowing much about the city or what there was to do there.

Viseu lies in Portugal’s Centro region, far removed from most of the country’s hot spots. Only if you’re out exploring the country’s interior are you likely to stumble across it. If that’s the case though, then I’d highly suggest stopping in and taking a look about. It may be lacking the wow factor of mainstays like Porto and Lisbon, but there’s an earnest sense of culture and history here that is quite appealing.

The history of the hilltop city of Viseu traces back to the Celts and the region’s conquest by the Romans. Thanks to trade routes crossing through the region, the area prospered and continued to do so after the Romans left. It soon after reached the statues of city and then fell under the back-and-forth of the Moors and Spanish. The centuries that followed mostly focused on the city as a religious centre, with the occasional siege or war. ...... (follow the instructions below for accessing the rest of this article).
This article is featured in the app "GPSmyCity: Walks in 1K+ Cities" on iTunes App Store and Google Play. You can download the app to your mobile device to read the article offline and create a self-guided walking tour to visit the attractions featured in this article. The app turns your mobile device into a personal tour guide and it works offline, so no data plan is needed when traveling abroad.