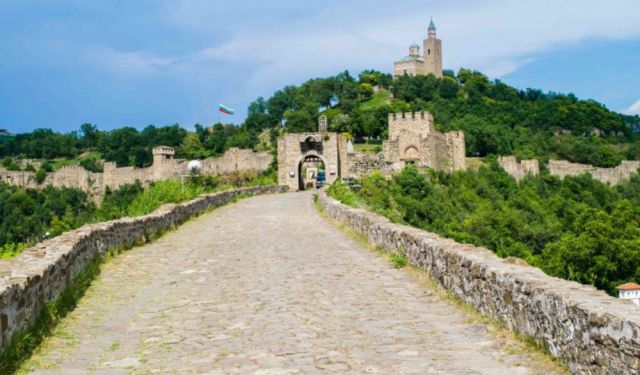 Old royal capital boasting a dramatic cityscape, fascinating monuments and an epic fortress in the middle of Bulgaria.

Before visiting Bulgaria, I really had no idea where to go. The itinerary I came up with was based on some quick internet research while I enjoyed the country’s coast. One of the stops I came up with was the city of Veliko Tarnovo in northern Bulgaria, prompted by a couple of photos and let’s be honest, the cool name. While my reasons for visiting may have been superficial, what I found in Veliko Tarnovo was a historic city blessed with spectacular landmarks and a dramatic landscape.

Veliko Tarnovo may not be a large city today, but it has some rich pedigree. It was once the grand capital of the Second Bulgarian Empire from the 12th to 15th centuries. During this period, Bulgaria was a powerhouse of the Balkans and many historic heroes, like Ivan Asen II, lived during that time.

As the royal capital of this Empire, Tarnovo (as it was known) thrived as the political, cultural and economic centre. The city was so large and magnificent that it was even decreed as the “Third Rome”. This grand legacy of Tarnovo is reflected today by local’s only using the city’s old name and the frequent use of the colour purple on buildings and the city’s flag, purple the colour of royalty. ...... (follow the instructions below for accessing the rest of this article).
This article is featured in the app "GPSmyCity: Walks in 1K+ Cities" on iTunes App Store and Google Play. You can download the app to your mobile device to read the article offline and create a self-guided walking tour to visit the attractions featured in this article. The app turns your mobile device into a personal tour guide and it works offline, so no data plan is needed when traveling abroad.