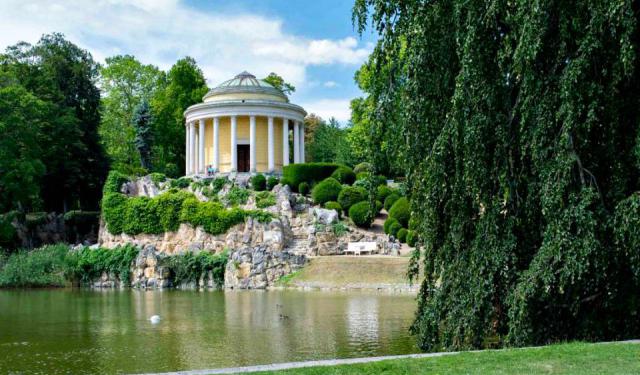 Vienna is known for its imperial glory, but did you know that there are other places in Austria with their own fair share of grandeur? Sure there’s Salzburg on the far side of the country, but a much nearer option is the city of Eisenstadt. Found just outside Vienna, a day trip to Eisenstadt allows you to continue soaking in all of Austria’s extravagance.

Featuring a splendid palace and a close link to renowned Austrian composer Joseph Haydn, Eisenstadt feels like a living museum to Austria’s heyday. That’s not to say the city has seen better days. In fact, it’s every bit as grand as parts of Vienna and proves that the capital wasn’t a one-off. It’s also notably the capital of Burgenland, one of Austria’s states.

Before we get to the sights of Eisenstadt, a little on getting to Eisenstadt from Vienna. Lying almost due south of the capital, the city is almost the last stop before you reach the Hungarian border. In fact, just a little further and you reach Sopron. If you were to only spend a few hours in each, you could manage a day trip that includes both destinations. ...... (follow the instructions below for accessing the rest of this article).
This article is featured in the app "GPSmyCity: Walks in 1K+ Cities" on iTunes App Store and Google Play. You can download the app to your mobile device to read the article offline and create a self-guided walking tour to visit the attractions featured in this article. The app turns your mobile device into a personal tour guide and it works offline, so no data plan is needed when traveling abroad.