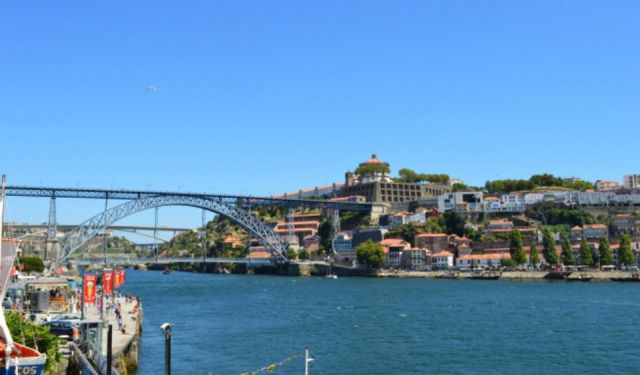 On July 28th 2015 I set off on my first solo trip in two years, and my first with hand-luggage only. The destination of choice was Portugal, on the basis that I wanted to visit somewhere with a warmer temperature and relaxed Latino ambience as opposed to the colder climate and outdoor pursuits-driven landscape of more northern areas of Europe which I’m better used to. I was excited to rekindle my sense of lone adventure, but felt out of practice too, and this became noticeable on arrival.

My plane touched down in Porto just before midday. My lack of preparation and the arrangement of the airport made for a muddled and delayed time there. After changing into shorts and a vest top in the washroom (and subsequently re-stuffing my small rucksack), I had to find an ATM that would accept my debit card, having been so busy that I hadn’t had time to change my currency beforehand. Then it was time to find the metro to take me into the city centre. After I wrongly approached the car parking machine on the lower level, a fellow tourist directed me back upstairs to the main level to buy metro tickets, only for me to be told by a member of staff up there that these had to be bought downstairs from the machine. (Life lesson: never take advice from an American man with long hair!) There were large queues for the three machines but there were no staff around to advise and the queues weren’t moving as confused tourists looked around helplessly. I finally reached the front and selected a ticket for zone 4, having read that the machine accepted 50Euro notes. Mine however was rejected meaning I had to walk all the way back upstairs yet again to buy some water for change. By now I was getting frustrated – I just wanted to be in the city out in the sun exploring. ...... (follow the instructions below for accessing the rest of this article).
This article is featured in the app "GPSmyCity: Walks in 1K+ Cities" on iTunes App Store and Google Play. You can download the app to your mobile device to read the article offline and create a self-guided walking tour to visit the attractions featured in this article. The app turns your mobile device into a personal tour guide and it works offline, so no data plan is needed when traveling abroad.