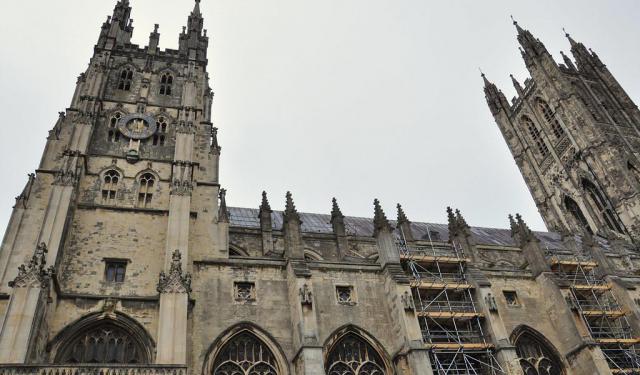 Everything about Visiting Canterbury Cathedral, Canterbury, England (B)

Canterbury Cathedral is a prominent symbol of English history. Hence, it has been called as the cradle of English Christianity. The magnificent cathedral is a designated UNESCO World Heritage Site. The cathedral has been receiving visitors from Middle Ages. Since then, many pilgrims and tourists have visited this mecca. Some for spiritual purposes and some for tourist reasons.

It is said that St.Augustine arrived in 597 AD as a missionary. He then founded the cathedral within the Roman city walls. He was made the first archbishop of Canterbury, and since then there were daily prayers and offerings to God by the local community. Centuries later, Thomas Becket who was the then Archibishop of Canterbury from 1162 was murdered by Henry II of England over a conflict. The flow of pilgrims around the world increased after this event.

As you enter the cathedral through the imposing gates, you can see the grand wooden door with intricate work. The ceilings at the entrance is attractive enough to not miss. So is the magnificent Gothic architecture of the Cathedral. ...... (follow the instructions below for accessing the rest of this article).
This article is featured in the app "GPSmyCity: Walks in 1K+ Cities" on iTunes App Store and Google Play. You can download the app to your mobile device to read the article offline and create a self-guided walking tour to visit the attractions featured in this article. The app turns your mobile device into a personal tour guide and it works offline, so no data plan is needed when traveling abroad.