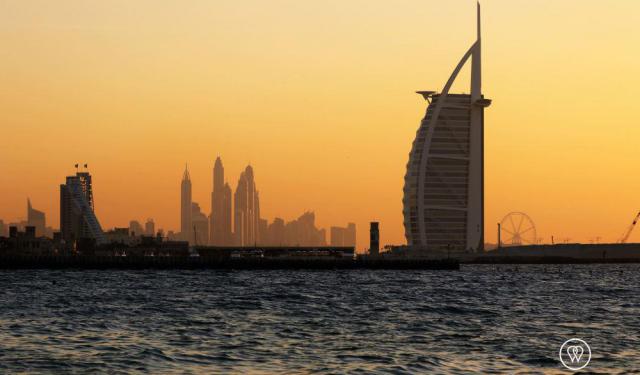 Understand the Emirati culture while in Dubai, and also learn how to decrypt a mosque, with which hand to eat to not appear dirty and uneducated, what the 5 pillars of Islam are, the Emirati dress code…

Laying down on Kite Beach, I am admiring the ballet of colourful kites dancing in the sky which is turning orange as the sun sets behind the iconic Burj Al Arab building. The muezzin is calling for the sunset prayer as some women swim in burqas next to others in bikinis among the kite surfers. I am overhearing conversations in many languages: Spanish, Russian, Arabic, Indian, French, Dutch, English… with so many different flavours and accents: Dubai is called home by people from all over the world. When most nations struggle with immigration and a 10 to 15% immigration rate is often synonymous to a peak of far right parties in the election polls, the United Arab Emirates count 90% immigrants! And this percentage has kept increasing. In these conditions, it has become a real challenge for locals to preserve their culture. It is the Sheikh Mohammed Centre for Cultural Understanding’s (SMCCU) mission to preserve the Emirati culture while educating others about it in order to bridge gaps between people. ...... (follow the instructions below for accessing the rest of this article).
This article is featured in the app "GPSmyCity: Walks in 1K+ Cities" on iTunes App Store and Google Play. You can download the app to your mobile device to read the article offline and create a self-guided walking tour to visit the attractions featured in this article. The app turns your mobile device into a personal tour guide and it works offline, so no data plan is needed when traveling abroad.