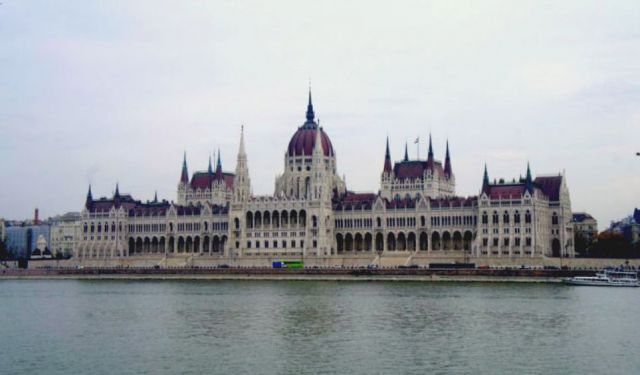 Exploring Budapest on a Bike, Budapest, Hungary (B)

Budapest. A youthful city, known for the incredible music which it creates and the incredibly unique and interesting atmosphere which lines each and every street; from centre to countryside. Known as the “Paris of the East”, just 24 hours in this city will show you why.

So, in yet another less-than-usual way to explore a city, we decided that it was time to hop back up on two wheels and explore Budapest by bike. We have done Berlin by Bike and Vienna on two wheels in the past, so if you followed either of those two guides, then you know that you’re in for an adventure here.

There’s no slow walking or standing around twiddling our fingers. This is our guide to exploring Budapest on a Bike, and we’re going to make sure we get the most done which we possibly can.

Let’s start at one of the city’s most recognizable structure and its political centre. The National Parliament Building in Budapest is actually the largest in Europe and is similar to the one located in England. It features the same iconic tower (akin to Big Ben), and a similar architectural style. However, you will notice that it’s a bit lighter than its UK counterpart. ...... (follow the instructions below for accessing the rest of this article).
This article is featured in the app "GPSmyCity: Walks in 1K+ Cities" on iTunes App Store and Google Play. You can download the app to your mobile device to read the article offline and create a self-guided walking tour to visit the attractions featured in this article. The app turns your mobile device into a personal tour guide and it works offline, so no data plan is needed when traveling abroad.