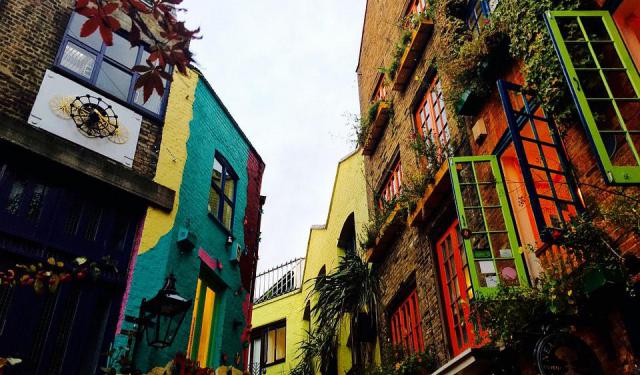 For those who know me, know I love Charles Dickens. Why? It's because we share the same birthdate, February 7th. The more I got to know Dickens and his writing the more I realized that he and I have the same type of mentality, not only in the world of imaginative writing, but he also advocated for the poor. He analyzed the wealthy and the peasant cultures throughout London to inspire his writing and some of his greatest pieces of work.

Though he traveled throughout England for his stories, London is the hub for many of Dickens' inspirations. Here are some of the best places to explore Dickens' London.

Welcome to 48 Doughty Street, the London home of Charles Dickens. This is the setting where Dickens wrote Oliver Twist, The Pickwick Papers and Nicholas Nickleby, and earned international fame as one of the world's best writers. Inside guests discover the private life of Charles Dickens' family home, exploring various rooms such as the dining hall and servants quarters as well as artifacts like Dickens' writing desk, hand-written letters and autograph copies of his books.  ...... (follow the instructions below for accessing the rest of this article).
This article is featured in the app "GPSmyCity: Walks in 1K+ Cities" on iTunes App Store and Google Play. You can download the app to your mobile device to read the article offline and create a self-guided walking tour to visit the attractions featured in this article. The app turns your mobile device into a personal tour guide and it works offline, so no data plan is needed when traveling abroad.