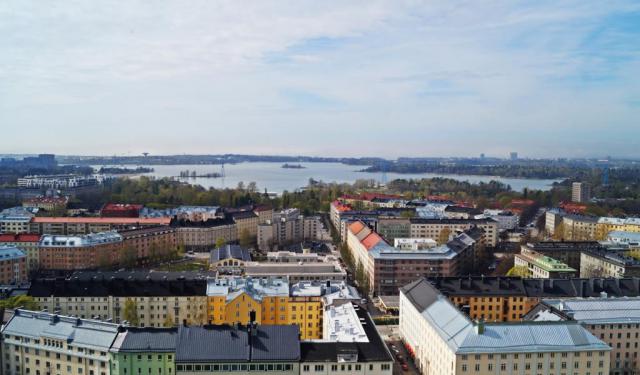 After a couple of nice days on the island of Gotland, it was time to head to Finland, which would be the last destination on my Nordic journey, before heading back to my home in Denmark.

Originally, I had planned to go to Northern Finland after Lofoten, but since it was too snowy for my tent and the hostels in the area were too expensive, I decided to go to Southern Finland after travelling through Sweden and fly home from Helsinki instead of Stockholm, which was my original plan. I was sad that I wouldn’t get to see Northern Finland this time around, but at least I could add another capital to my list by going to the South!

Before getting to Helsinki, I had 24 hours of travelling to do. I started at 12 PM on May 3rd by sailing from Visby to Nynäshamn for 3 hours, then driving on a bus to Stockholm for one hour and then waiting (and half sleeping) at the bus terminal in Central Stockholm for another three hours. At 7 AM, it was finally time to get on a bus that would take me to the ferry to Turku in Finland, where I would have another 11 hours to kill before arriving. I tried to go to sleep, as I was really exhausted, but since it was in the middle of the day and people were talking all around me, it was difficult to get much sleep. I had a beautiful view of thousands of islands all the way though, which made it bearable. At 7 PM, I finally arrived in Turku, a big-ish city that didn’t really appeal to me, so I wasn’t sad about leaving it an hour later. At the harbour, I took a tram to the bus stop, and met so many Finnish people who were eager to help me when they saw me looking at the map – I didn’t even have to ask! Finnish people are adorable! I had to find a bus that I had booked for Helsinki, which only cost me 7 Euros – and it had such comfy seats and was very spacious! I had the entire backseat for myself, so I could lie down and sleep for the next two hours – but… I didn’t, ‘cause the bus had free wifi D: typical me! ...... (follow the instructions below for accessing the rest of this article).
This article is featured in the app "GPSmyCity: Walks in 1K+ Cities" on iTunes App Store and Google Play. You can download the app to your mobile device to read the article offline and create a self-guided walking tour to visit the attractions featured in this article. The app turns your mobile device into a personal tour guide and it works offline, so no data plan is needed when traveling abroad.