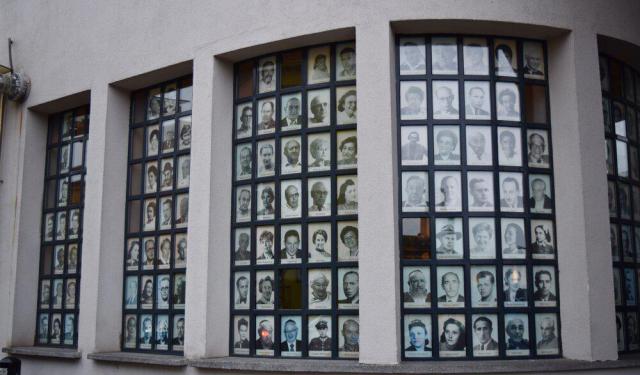 With a 25% Jewish population up until 1939, Jews have always been an essential part o the history of Krakow. Settled in the quarter of Kazimierz, they flourished for centuries until World War II, when all Cracovian Jews were confined to a ghetto on the outskirts of the city and expelled from their historic home in Kazimierz.

During my second day in Krakow, I decided to explore Kazimierz, the traditionally Jewish quarter of Krakow where the few synagogues left in the city can still be found. I would continue my visit with the area where the Krakow Ghetto once stood before finishing at Oskar Schindler’s Factory to hear about the Nazi businessman who employed over 12,000 Jews to save their lives during the Holocaust.

For my second day in Krakow, I woke up with the city covered in snow. After having visited the highlights of the Old Town, during my second day I would explore the Jewish history of the city ahead of my visit the Auschwitz-Birkenau Concentration Camp.

Most of the points of interest can be found in Kazimierz, the former Jewish quarter of Krakow. Since the area is pretty small, all of them are located within a few minutes walk from each other. I was coming from the Old Town, so my first stop was the Temple Synagogue, found at the very north end of Kazimierz. Admission costs 5 złoty (approx. €1,10) ...... (follow the instructions below for accessing the rest of this article).
This article is featured in the app "GPSmyCity: Walks in 1K+ Cities" on iTunes App Store and Google Play. You can download the app to your mobile device to read the article offline and create a self-guided walking tour to visit the attractions featured in this article. The app turns your mobile device into a personal tour guide and it works offline, so no data plan is needed when traveling abroad.