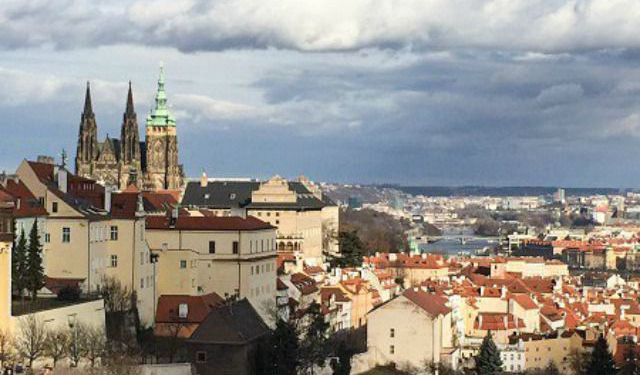 Most people only cross the Charles Bridge to see Prague Castle, but there is a lot to do outside of the castle (and plenty to do in it). If you do it right, exploring Prague’s Castle District (Hradčany) will take you twice as long as it does to enjoy the city’s other boroughs, including Old Town. And one of the most interesting stops in Hradčany is the Strahov Monastery.

The Strahov Monastery was founded in 1138 and began to develop as a monastic community some years later. But the monastery’s progress was halted in the 1400s when the Hussites plundered and nearly destroyed Strahov. It barely survived through the 16th century when reconstruction began. Around this time, they built a monastery brewery (I guess to make religion more palatable to the Czechs).

Over the course of its history, Strahov has been under siege at least half a dozen times. First during the Thirty Years’ War, then hundreds of years later when the French attacked Prague. Each time, they rebuilt and reopened. That is, until the 1950s when communism put a swift halt to the official activities of the monastery. Since the fall of communism, it has been in varying states of reconstruction, where you, eager visitor will find it today. ...... (follow the instructions below for accessing the rest of this article).
This article is featured in the app "GPSmyCity: Walks in 1K+ Cities" on iTunes App Store and Google Play. You can download the app to your mobile device to read the article offline and create a self-guided walking tour to visit the attractions featured in this article. The app turns your mobile device into a personal tour guide and it works offline, so no data plan is needed when traveling abroad.