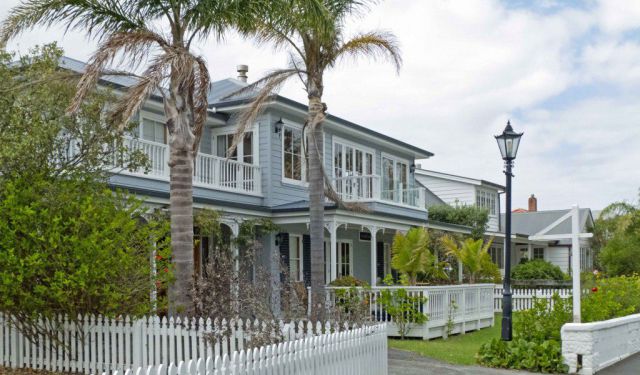 Why would anyone choose to visit a place known as the “hell hole of the Pacific”? Somewhere that was once full of brothels and unsavoury bars, the scene of numerous violent uprisings? I pondered these questions as we crossed the Bay of Islands on the ferry from Paihia. But the sight of yachts on the water and the smart buildings on the Russell waterfront were enough to convince me that things might have changed since the 19th century.

Formerly known as Kororareka, Russell was a Maori settlement for some centuries before the arrival of Europeans. But in the early 1800s it started to be frequented by whaling ships, and later by commercial vessels from around the world. Sailors spent their shore leave in Russell and the town soon adapted to provide the traditional activities for sailors with time to spare and money to spend. It is no wonder that when the naturalist Charles Darwin visited in 1835, he reported that it was full of “the refuse of society”.

For a short while Russell was the capital of the new colony of New Zealand. However the capital soon moved southward to Auckland, and Russell went into decline. Poverty and violence followed, and the flagstaff on nearby Maiki Hill was felled by Maori warriors on four separate occasions as a protest against the British. ...... (follow the instructions below for accessing the rest of this article).
This article is featured in the app "GPSmyCity: Walks in 1K+ Cities" on iTunes App Store and Google Play. You can download the app to your mobile device to read the article offline and create a self-guided walking tour to visit the attractions featured in this article. The app turns your mobile device into a personal tour guide and it works offline, so no data plan is needed when traveling abroad.