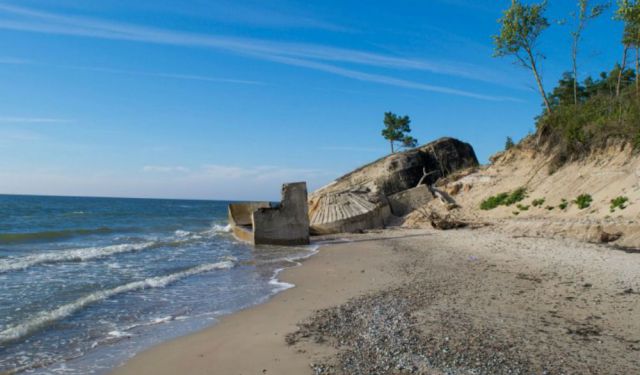 Exploring the War Remnants of Karosta, Latvia, Liepaja, Latvia (B)

Walking out of the city of Liepāja on Latvia’s southern coast one morning, I couldn’t have guessed where I would end up later that day. After spending the previous day exploring Liepāja, I had decided to venture north of the canal and visit the neighbourhood of Karosta. Armed only with a brochure that I had gotten from the tourist information centre but hadn’t really read, I took the bus out with little idea of what I had in store.

You see Karosta has served most of its existence as a military base, first constructed in 1890 for use by the Russian Navy under Tsar Alexander III. As the turmoil of the 20th century transpired, the base passed first into independent Latvian hands, then to the invading German army during WWII, to the Soviets for much of the 20th century until Latvia’s restoration of independence in 1991 (although Russian soldiers didn’t leave until 1994).

This troubled area may seem like an unlikely spot for tourists, but this unfortunate history has crafted a fascinating set of attractions for the opportunistic tourist. ...... (follow the instructions below for accessing the rest of this article).
This article is featured in the app "GPSmyCity: Walks in 1K+ Cities" on iTunes App Store and Google Play. You can download the app to your mobile device to read the article offline and create a self-guided walking tour to visit the attractions featured in this article. The app turns your mobile device into a personal tour guide and it works offline, so no data plan is needed when traveling abroad.