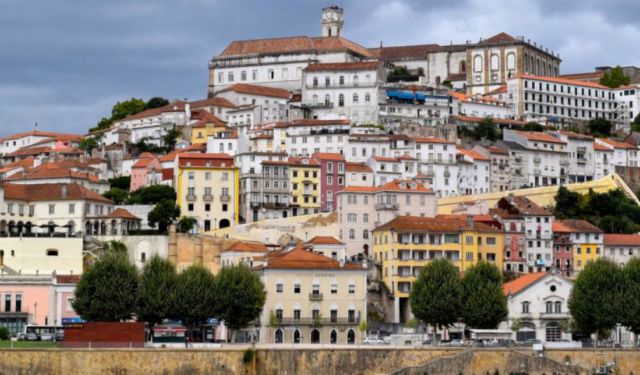 There are few places in Portugal as steeped in living history as Coimbra. This city in central Portugal is a natural stopping point for those travelling across the country between Porto and Lisbon. And while it may not be as vast as either city, Coimbra packs a great deal of character into its smaller confines. Much of Coimbra’s story focuses on the city’s grand old university, although its history and location are also quite alluring.

It’s fair to say that the city isn’t yet a recognised highlight of Portugal, but it does see enough tourists that word of mouth is sure to spread. For travellers looking to get a better sense of Portugal and experience more of what the country has to offer, Coimbra is a smart choice. I know that when I visited during my first trip through Portugal, I fell for the city. My time in Coimbra made me realise just how much Portugal had going for it and eventually led to my second trip last year.

There’s a lot to say about the history of Coimbra and its importance to Portugal as a whole. Like many places in Portugal and Spain, the city was occupied by the Romans and Moors, with a small degree of importance. Coimbra’s importance rose though with the reconquest from the Moors and the creation of the Kingdom of Portugal in 1139. With close familial ties to the city, King Afonso Henriques made Coimbra the capital. Of course the city rose in prominence as a result and remained the capital for over 100 years. He wasn’t the last king to have a soft spot for Coimbra as I’ll explain later regarding the university. ...... (follow the instructions below for accessing the rest of this article).
This article is featured in the app "GPSmyCity: Walks in 1K+ Cities" on iTunes App Store and Google Play. You can download the app to your mobile device to read the article offline and create a self-guided walking tour to visit the attractions featured in this article. The app turns your mobile device into a personal tour guide and it works offline, so no data plan is needed when traveling abroad.