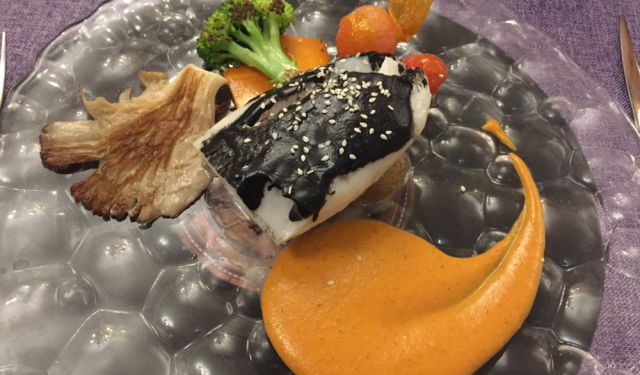 Like most people, my main reason for going to Granada was to see the famous Alhambra, the Moorish palace and fortress that sits high on a hill overlooking the city and Sierra Nevada mountain range beyond. This was the last bastion of the Spanish Moors as the Christians forced them south in the 13th century and they set about making it the grandest city in all of Andalusia. When they were eventually conquered by the Christians in 1492, Queen Isabella and King Ferdinand were so impressed by its beauty they did little to change it and so it remains much as it did when the Nasrid Dynasty ruled and Mohammed en Alhamar established the Moors’ capital there in 1232. It’s now a UNESCO World Heritage Site and really one of the wonders of Europe, if not the world. It dominates the city, nearly always visible and really quite spectacularly breathtaking. But it isn’t the only reason to go to Granada for it’s a beautiful city and has so much to offer other than its famous palace.

I flew to Alicante with British Airways on this trip to visit friends for a few days and then took a bus (ALSA bus) from Alicante to Granada as it was the quickest way to get there (click here for more). I flew back to London with Iberian Airways (British Airways’ partners so all booked together), via Madrid. I had a slightly fraught time coming home as my flight from Granada was delayed and it looked as if I would miss my connecting flight at Madrid, but the people at Iberian Airways were fantastic and met me (and a couple of others) off the plane at the gate and super fast-tracked us through, leading all the way through the terminal, onto a shuttle to another terminal and to our gate with just 5 minutes to spare! I’d never had made it if they hadn’t been so helpful. There are some direct flights from London City Airport and easyJet fly to Granada from Gatwick. ...... (follow the instructions below for accessing the rest of this article).
This article is featured in the app "GPSmyCity: Walks in 1K+ Cities" on iTunes App Store and Google Play. You can download the app to your mobile device to read the article offline and create a self-guided walking tour to visit the attractions featured in this article. The app turns your mobile device into a personal tour guide and it works offline, so no data plan is needed when traveling abroad.