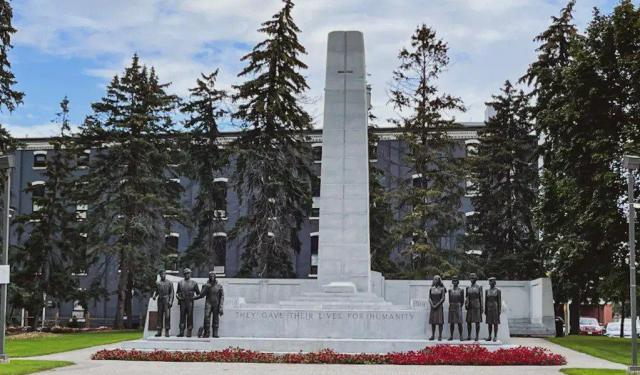 Fun Things to Do in Brantford on a Day Trip, Brantford, Ontario (B)

The city of Brantford in Ontario, Canada, is famously known as The Telephone City. With so many fun things to do in Brantford, Alexander Graham Bell, the inventor of the telephone, called this area home, and this is still a significant point of appeal for tourists.

But this city has so much to offer its visitors that go beyond the nickname “The Telephone City.” If this spot isn’t already on your list of places to visit, the abundance of activities Brantford has to offer may change your mind. From the Alexander Graham Bell homestead to the Wayne Gretzky Sports Centre, here are a few things to do in Brantford, Ontario.

- The City of Brantford is named after an important Mohawk leader during the American Revolutionary War named Thayendanegea or Joseph Brant. Many of his descendants live on the nearby reserve of Six Nations of the Grand River.

- Joseph Brant’s son Chief John Brant fought with the British during the War of 1812 and worked towards improving the welfare of the First Nations.  ...... (follow the instructions below for accessing the rest of this article).
This article is featured in the app "GPSmyCity: Walks in 1K+ Cities" on iTunes App Store and Google Play. You can download the app to your mobile device to read the article offline and create a self-guided walking tour to visit the attractions featured in this article. The app turns your mobile device into a personal tour guide and it works offline, so no data plan is needed when traveling abroad.