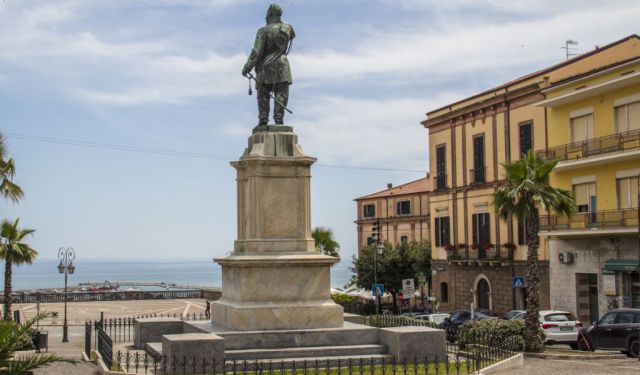 Giulianova in Abruzzo, Italy - The Ideal City?, Giulianova, Italy (B)

The inhabitants of the small region of Abruzzo in Italy share a passion for their region and their home town and none more so than my guides in Giulianova in the province of Teramo. I met my first guide, Francesca, in front of the cathedral, Duomo di San Flaviano on the edge of the old medieval city.

San Flaviano, the bishop of Constantinople, was chosen as the patron saint of the town when the boat carrying his remains to Constantinople ran aground on its coast and the citizens chose to honour him in recognition of this event. Originally called St Maria in Piazza, this unusual octagonal cathedral is meant to be the focal point of the urban centre and a visual reference from every point of the city. During the 1950s the original baroque interior was stripped out and it is now very simple inside.

The cathedral was built in 1471when the original city on this site, Castrum di Flaviano, was replaced by a new city perched on a hill nearby. The architect of this new city was Duke Giulio Antonio Acquaviva who controlled the town at the time. He decided to take the ideal city, based on the concept of the ideal city a concept that was emerging as the Middle Ages moved towards the Rennaissance, following the example of other new Italian cities. These were the ideal cities and were perfect in the sense that there had to be some value associated with every decision relating to the construction of any building. He named the new town Giulia after himself. Later Nova (new) was added to this name.  ...... (follow the instructions below for accessing the rest of this article).
This article is featured in the app "GPSmyCity: Walks in 1K+ Cities" on iTunes App Store and Google Play. You can download the app to your mobile device to read the article offline and create a self-guided walking tour to visit the attractions featured in this article. The app turns your mobile device into a personal tour guide and it works offline, so no data plan is needed when traveling abroad.