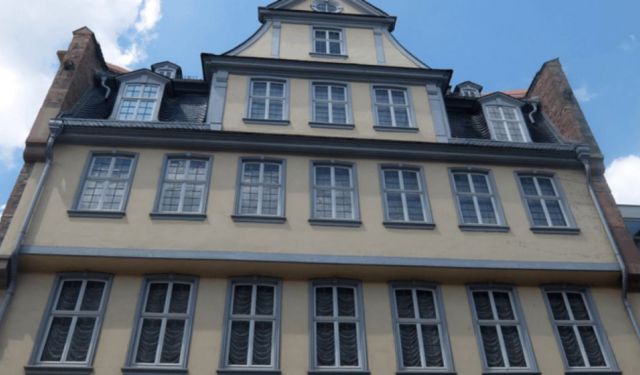 Frankfurt is one of the biggest German city and an important culture, art and commerce centre of Germany as it was in the 18th century. During the Early Modern Era (between 16th to 18th century), science and innovation have grown rapidly with the invention of printing press.

John Wolfgang Goethe was one of the residents of Frankfurt who was born on August 28, 1749. Goethe came to the world in a house located in the heart of the city, which belonged to a high-status family. He spent his early life in Frankfurt, almost the first quarter of his life and this was very influential in forming his mindset and social attitude.

Goethe was a poet, novelist, playwright, scientist, administrator, and the counsellor of Weimar Duke. He was an intellectual figure who lived in the Early Modern Times and influenced the cultural development of 18th century. He altered the world in many ways, mostly from the literacy perspective.

Visiting Goethe House in Frankfurt (am Main) was my first experience with how a lifestyle of an eighteenth-century high-class German family would be. Furthermore, it increased my interest over Goethe, and I bought an autobiography book from the museum’s store to get acquainted with him. ...... (follow the instructions below for accessing the rest of this article).
This article is featured in the app "GPSmyCity: Walks in 1K+ Cities" on iTunes App Store and Google Play. You can download the app to your mobile device to read the article offline and create a self-guided walking tour to visit the attractions featured in this article. The app turns your mobile device into a personal tour guide and it works offline, so no data plan is needed when traveling abroad.