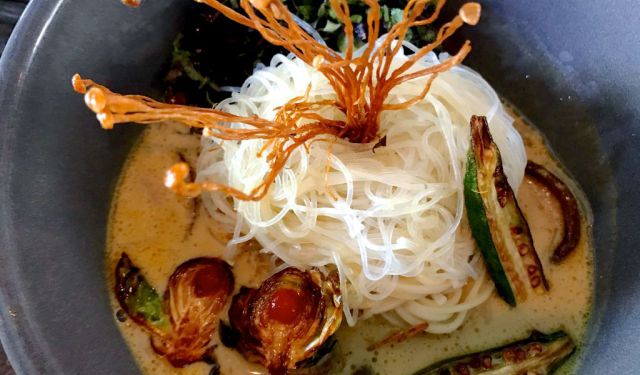 Planning a trip to Mexico City? Find your ideal hotel here or sign up to Airbnb and save money on your Mexico City trip!

Without a doubt the most vegan friendly city in Mexico, and perhaps the vegan capital of Spanish-speaking North America, Mexico City is a vegan heaven. It’s been on my radar as cities to visit for the vegan food for a while and indeed there are so many vegan restaurants that in a month there I barely got to try any of the non-vegan ones with vegan options, of which there are many also.

This is the key to rough opening times and prices for the guide, which will appear below the name of each place mentioned.

Here is our vegan Mexico City guide with the highlights from our recent trip, with places organised by neighbourhood.

This upscale place inside a mall focuses on healthy eating and making vegan versions of Mexican classics, but does not limit itself to that style of cuisine only. There is an extensive menu with some interesting starters such as artichoke oysters as well as a selection of soups and salads. Mains include a range of raw and cooked food such as lasagne, ceviche, several burgers and risotto. ...... (follow the instructions below for accessing the rest of this article).
This article is featured in the app "GPSmyCity: Walks in 1K+ Cities" on iTunes App Store and Google Play. You can download the app to your mobile device to read the article offline and create a self-guided walking tour to visit the attractions featured in this article. The app turns your mobile device into a personal tour guide and it works offline, so no data plan is needed when traveling abroad.