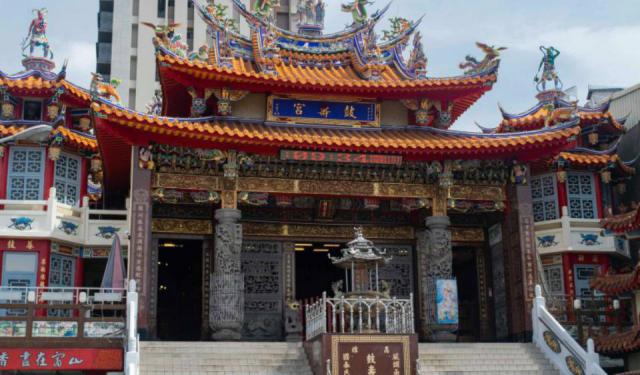 For visitors to Taiwan, the great southern city of Kaohsiung has to be on your itinerary. As one of the major metropolises on the island, the city is jam-packed with things to do. What’s more, Kaohsiung sightseeing takes you right across the city, venturing into lots of different districts.

Each corner of the city has its own appeal and reveals another facet to Kaohsiung. This means if you only stick to one part of the city, you’re going to miss an awful lot. So to help you explore, I decided to put together a guide of things to do in Kaohsiung, broken down by district. This list touches on four key parts of the city which will keep you more than busy and doesn’t even get to making a day trip out to Cijin Island. So buckle in.

As it’s your most likely starting point for your Kaohsiung visit, let’s begin with downtown. Technically a combination of Qianjin District and Xinxing District, the downtown area is the urban core of the city. There are some similarities to other major cities like Taichung or Taipei, but Kaohsiung never feels too claustrophobic. This is in part because the city has only expanded to its current size in the second half of the 20th century. ...... (follow the instructions below for accessing the rest of this article).
This article is featured in the app "GPSmyCity: Walks in 1K+ Cities" on iTunes App Store and Google Play. You can download the app to your mobile device to read the article offline and create a self-guided walking tour to visit the attractions featured in this article. The app turns your mobile device into a personal tour guide and it works offline, so no data plan is needed when traveling abroad.