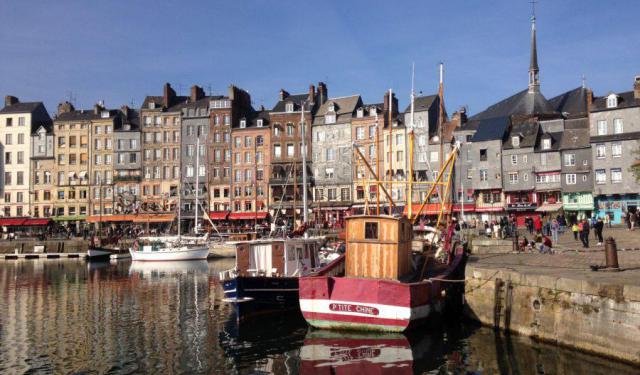 Guide to Visiting Rouen with Kids, Rouen, France (B)

Rouen in Normandy is one of the most ancient and historic cities in France. It’s also one of the prettiest. Colourful, half-timbered houses line the narrow cobbled streets and gruesome gargoyles glare down at you from the tops of the Gothic buildings. Rouen is as fascinating now as it was to the Impressionist painters over 100 years ago.

Rouen is an ideal city to explore with children. It has the relaxed feel of a much smaller town and you can easily walk around the historic sights in a day. But this is a place worth lingering for far longer. Spend several days in Rouen and you’ll end up falling in love with this charming city. Here’s our guide to visiting Rouen with kids, with tips on what to see and do and how to make it more fun.

There’s a lot to explore in Rouen with kids. There are towers to climb, free museums to visit and plenty of parks and open spaces to run around in. Rouen is a great place to find out more about some of the most exciting periods of history. It was founded by the Romans and later ruled by Rollo, the Viking chief who became Normandy’s first ruler back in the 9th century. Rouen even became part of England under King Henry V and it was during this time that Joan of Arc was burned at the stake here in 1431. ...... (follow the instructions below for accessing the rest of this article).
This article is featured in the app "GPSmyCity: Walks in 1K+ Cities" on iTunes App Store and Google Play. You can download the app to your mobile device to read the article offline and create a self-guided walking tour to visit the attractions featured in this article. The app turns your mobile device into a personal tour guide and it works offline, so no data plan is needed when traveling abroad.