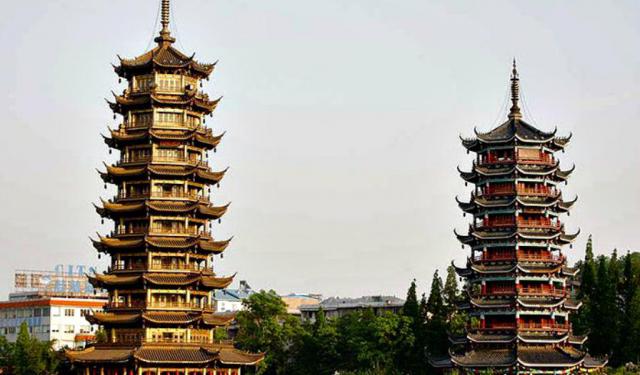 Guilin A City That Smells of Cinnamon, Guilin, China (B)

Guilin – a picturesque town that smells of cinnamon, in China’s Guanxi Province, is far removed from the chaos of Beijing or Shanghai and the old-world landscapes of Xi’an or Chengdu. Here, four wonders rule – clear waters, caves, green hills and beautiful stones. Everything else is secondary. Food is great and so are the people and it is not surprising that of all the places in China, expats choose to live here, in this city.

Guilin stands for “cassia forest” or cinnamon, a name that stuck from the Qin dynasty (221–206 BCE) when cinnamon (“gui” in Chinese) was planted throughout the area. A faint smell of cinnamon always lingers in the air and during the blossom season, it is magical to stroll down streets fanned by the gentle smells of spices.

Did you know that the mountain ranges that you see when cruising down River Li is on the 20 Yuan bill?

The city’s top draw, the Reed Flute Cave is believed to be over 180 million years old. A natural limestone cave with multicolored lighting, this cave has been awing people for over a thousand years. Reed Flute Cave is filled with a large number of stalactites, stalagmites and other rock formations not to mention inscriptions dating as far back as 792 AD. For a long time in history, the cave remained out of sight until it was rediscovered in the 1940s by a group of refugees fleeing the Japanese troops. ...... (follow the instructions below for accessing the rest of this article).
This article is featured in the app "GPSmyCity: Walks in 1K+ Cities" on iTunes App Store and Google Play. You can download the app to your mobile device to read the article offline and create a self-guided walking tour to visit the attractions featured in this article. The app turns your mobile device into a personal tour guide and it works offline, so no data plan is needed when traveling abroad.