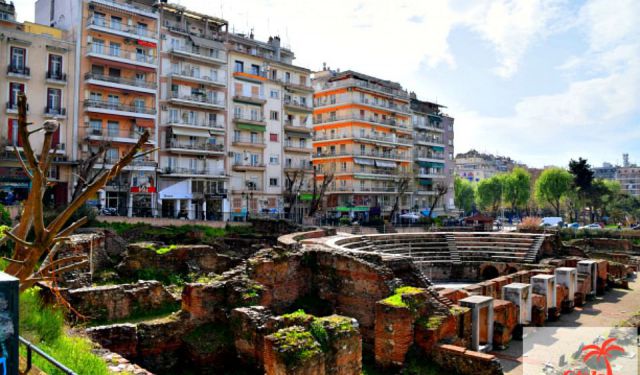 Thessaloniki is the second largest city of Greece, next to Athens which is the largest. To what extent I’ve heard, there are not that many people who’ve heard of, or been to Thessaloniki. The city has a beautiful location which is a central point for going everywhere on the mainland of Greece: from Halkidiki to Meteora and to the south and Athens. When being in this area of the country, a must is to visit the city of Thessaloniki as well. In this article I’ll give you the highlights of Thessaloniki.

Just located a little outside the city center, in the highest part of the city, you can find the Old Town of Thessaloniki, named Ano Poli. Although Thessaloniki has a lot of flats and standard buildings, in Old Town you can find many buildings in the traditional Ottoman architecture together with the colourful houses in Macedonian tradition and many stairways; what gives a really nice and cosy atmosphere. Furthermore, from some points you can have a breath taking view over the city. ...... (follow the instructions below for accessing the rest of this article).
This article is featured in the app "GPSmyCity: Walks in 1K+ Cities" on iTunes App Store and Google Play. You can download the app to your mobile device to read the article offline and create a self-guided walking tour to visit the attractions featured in this article. The app turns your mobile device into a personal tour guide and it works offline, so no data plan is needed when traveling abroad.