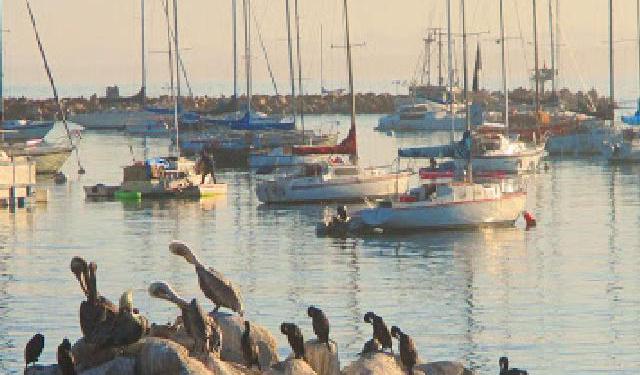 "Cannery Row in Monterey in California is a poem, a stink, a grating noise, a quality of light, a tone, a habit, a nostalgia, a dream."

So goes the opening line from John Steinbeck's seminal novel, Cannery Row, about a bygone era and the characters that filled it.

On this walk we'll trace the seam of Steinbeck's Cannery Row. Along the way we'll discover the real-life people he drew from in order to create his vivid characters.

We'll hear about the marine biologist Ed Ricketts, the man who was perhaps the greatest influence on Steinbeck's life, and the basis for one of the main characters in the book. We'll also pass by some of the real locations Steinbeck used as backdrops for his stories.

We'll explore how Cannery Row went quickly from a quaint fishing village to the center of a booming sardine industry filled with many canneries, and how that ultimately ended in economic collapse, fire and rusted ruins, only to be reborn into the commercial tourist hub it is today.

On this walking tour we will explore Cannery Row and the surrounding area which includes the Steinbeck Plaza, Monterey Bay Aquarium, Monterey Plaza Hotel, Monterey InterContinental Hotel and San Carlos Beach.  ...... (follow the instructions below for accessing the rest of this article).
This article is featured in the app "GPSmyCity: Walks in 1K+ Cities" on iTunes App Store and Google Play. You can download the app to your mobile device to read the article offline and create a self-guided walking tour to visit the attractions featured in this article. The app turns your mobile device into a personal tour guide and it works offline, so no data plan is needed when traveling abroad.