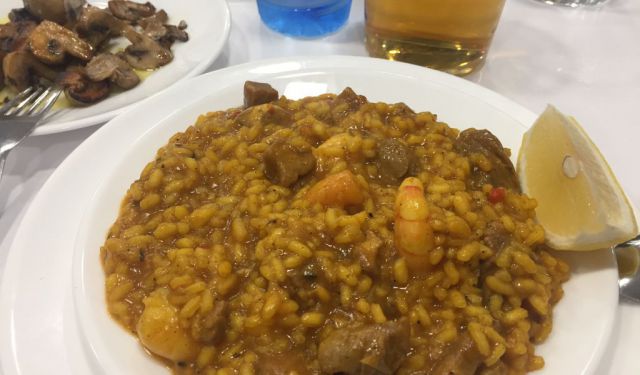 Historic Sites in Albaicin & Walk Up to Sacromonte, Granada, Spain (B)

Being an early riser has great advantages when holidaying in a famous city. I’d picked up a leaflet yesterday about visiting six historic buildings in the Albaicin and discovered that entry was free on Sunday (other days there’s a €5 charge). So after an early breakfast I set off in time to be at El Banuelo for the 10am opening. These are 11th century Arabic baths and are thought to be among the oldest and most complete baths in Spain. There’s a small courtyard and just three small rooms to see. Interesting but sadly no traditional tiling left. I moved on to visit a couple of traditional houses from the Moorish period. Again, there were no decorations or furnishings so only of moderate interest, especially if like me you’ve been lucky enough to stay in beautiful riads in Morocco.

Still, entry had been free and it was quite a nice thing to do as I made my way up Carrera del Darro and into Paseo del Padre Manjon with the Alhambra, as always, within close sight.

From here it’s then a steep climb to continue on to Sacromonte where gypsies settled after the Christian conquest of the city in 1492. This was a distinct area of the city where the gypsies kept very separate from the rest of Granada’s inhabitants. At one time they lived in caves, produced craft works like ceramics and woven rugs and the area was alive with dancing and music. This is where you’ll find the best flamenco even today – if you know where to go! ...... (follow the instructions below for accessing the rest of this article).
This article is featured in the app "GPSmyCity: Walks in 1K+ Cities" on iTunes App Store and Google Play. You can download the app to your mobile device to read the article offline and create a self-guided walking tour to visit the attractions featured in this article. The app turns your mobile device into a personal tour guide and it works offline, so no data plan is needed when traveling abroad.