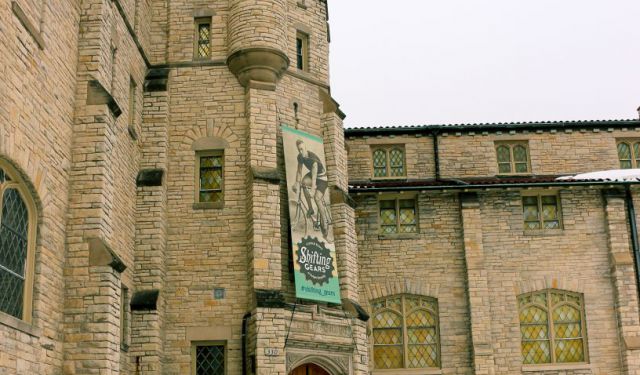 Because of Houdini’s time in Appleton, we have a museum dedicated to his awesome magic tricks/escapes! It’s a really interactive museum called “History Museum at the Castle.” My husband and I went with my husband’s little brother to check out the museum this past weekend. I’ve lived in the Appleton area for the majority of my life..but have never actually been to this museum until this weekend.

Admittedly, the Houdini exhibit is geared more toward the kiddos. However, it sure doesn’t mean the adults can’t enjoy it too. (I know I sure did!) And we learned some super interesting facts about Houdini and his tricks…and even were able to try out some of his tricks!

For example, there’s a section where you can make a table “levitate,” like my husband is doing in the photo above. But if you look at the photo below, you can see how he was actually making the table levitate. ...... (follow the instructions below for accessing the rest of this article).
This article is featured in the app "GPSmyCity: Walks in 1K+ Cities" on iTunes App Store and Google Play. You can download the app to your mobile device to read the article offline and create a self-guided walking tour to visit the attractions featured in this article. The app turns your mobile device into a personal tour guide and it works offline, so no data plan is needed when traveling abroad.