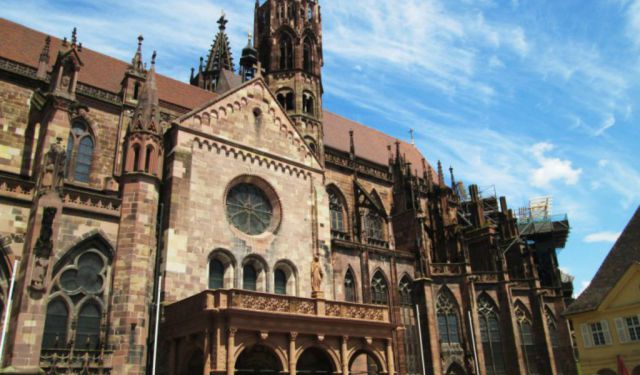 How to Explore Freiburg the German Way, Freiburg, Germany (B)

While I recently spent a short weekend back in my old stomping grounds (Freiburg), I figured it was about time I shine some light on this beautiful little city.

In an effort to show my Canadian friends some of Freiburg’s most German traditions, I looked back on my 8 months spent in Freiburg to come up with some of the best ways you can experience Freiburg in the most German way possible.

Though I cannot vouch for the Freiburg soccer team here (currently sitting in the second league), it’s still certainly worth attending. Regardless of the level of soccer played in Freiburg, you’ll always receive the traditional celebrations you were hoping for. Be prepared for an overdose of pretzels and beer while the crowd chance in unison across the arena.

Head into the Altstadt and find Martin’s Bräu if you’re looking for some real traditional German food. I know my father’s favourite is the schweinshaxe (pork knuckle), which is apparently a delicious option here. Not to mention, it’s a brewery, so be sure to indulge in some German beer before, during and after your meal! ...... (follow the instructions below for accessing the rest of this article).
This article is featured in the app "GPSmyCity: Walks in 1K+ Cities" on iTunes App Store and Google Play. You can download the app to your mobile device to read the article offline and create a self-guided walking tour to visit the attractions featured in this article. The app turns your mobile device into a personal tour guide and it works offline, so no data plan is needed when traveling abroad.