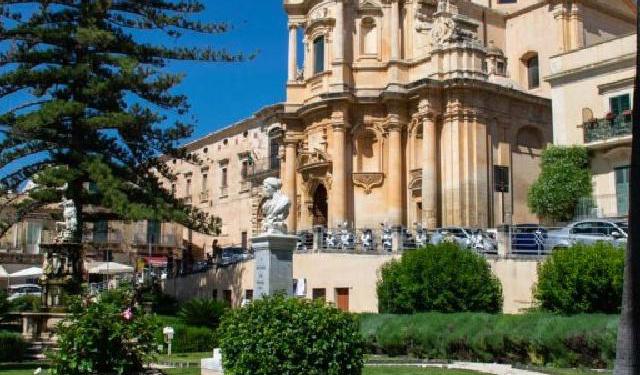 How to Make the Most of a Day Trip to Noto, Sicily, Noto, Italy (B)

Architecture probably isn’t the first thing people think of when they picture Sicily. And yet, there’s a corner of the Italian island that’s famed for its all-encompassing Baroque architecture. Known as Sicily’s Baroque Trail, this collection of Baroque cities and towns runs through the Val di Noto region of southeastern Sicily. The small city of Noto is one such destination and with a day trip to Noto you’ll see why the Baroque Trail is so special. Here’s everything you need to know about visiting Noto and its incredible architectural time capsule.

Before digging into what you can do in Noto, let’s first focus on just getting there. If you’re planning on doing a day trip to Noto, the chances are you’re coming from either Syracuse or Catania. Both are larger, more popular cities and serve as gateways to this part of Sicily. The cities are also common cruise ports so you may be visiting Noto as a cruise excursion.

Either way, Syracuse is the easier of the two to get from, with trains that take 30 minutes running every few hours. Catania, on the other hand, has both bus and train connections. Buses take roughly 1.5 hours, but you’ll have to ask at the bus station for times as working out bus timetables in Sicily can be a challenge. Alternatively, you can take the train to Syracuse and continue on from there, which will take a bit over 2 hours. ...... (follow the instructions below for accessing the rest of this article).
This article is featured in the app "GPSmyCity: Walks in 1K+ Cities" on iTunes App Store and Google Play. You can download the app to your mobile device to read the article offline and create a self-guided walking tour to visit the attractions featured in this article. The app turns your mobile device into a personal tour guide and it works offline, so no data plan is needed when traveling abroad.

Create Your Own Self-Guided Walks in Noto
Guide Name: How to Make the Most of a Day Trip to Noto, Sicily
Guide Location: Italy » Noto
Guide Type: Self-guided Walking Tour (Article (B))
Author: David Johnston
Read it on Author's Website: https://www.travelsewhere.net/day-trip-to-noto-sicily/
Sight(s) Featured in This Guide: