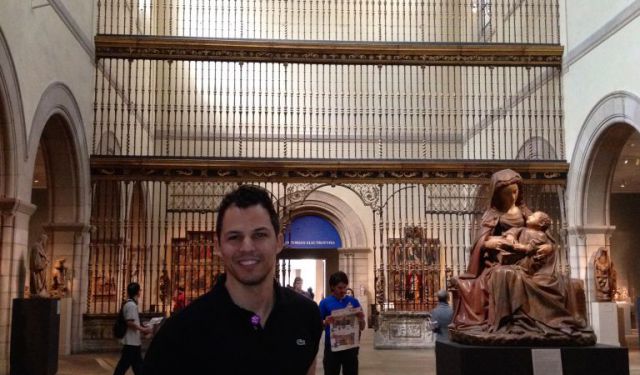 New York one of the most iconic cities in the world has always been in everyone’s mind, whether for its history, being largely featured in the movie industry, considered the world’s capital and the city that dictates lifestyle and tendency. But the Big Apple is also known for being one of the most expensive cities in the world. Because I lived in NYC for four years, I’m going to share some “secrets” to visit “the city that never sleeps” without breaking your pig bank.

According to NYC&Company, the organization responsible for promoting the tourism in New York City, the hotel Average Daily Rate room (ADR) in NYC in 2014 was US$ 297. Those prices change depend on many facts such as: demand, season (in general prices are higher in the summer – July and August – and lower in the winter – January and February), number of events happening in the city, etc. The fact is really hard to find a hotel room less than US$ 200/night.

∗ AirBNB: the best option so far and you can find really good prices. There’s a controversy whether AirBNB should be legal in NYC or not, so take advantage of it before it gets banned and have a glimpse of how to live in New York seems like. ...... (follow the instructions below for accessing the rest of this article).
This article is featured in the app "GPSmyCity: Walks in 1K+ Cities" on iTunes App Store and Google Play. You can download the app to your mobile device to read the article offline and create a self-guided walking tour to visit the attractions featured in this article. The app turns your mobile device into a personal tour guide and it works offline, so no data plan is needed when traveling abroad.