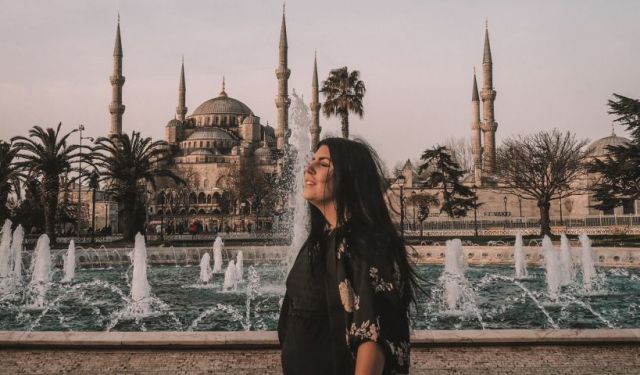 How to Spend a Long Weekend in Istanbul, Istanbul, Turkey (B)

Earlier this year I landed for the second time in Istanbul, one of my all time favourite cities in Europe...or Asia, depending which side of the city you'd like to explore. As the city straddles on two continents, you're sure to be bedazzled by the mix of cultures, history and madness that comes with this surprisingly cosmopolitan city.

If you're heading to Istanbul for a long weekend, I've got just the itinerary of how to spend your time there and get the most out of your city break. So, buckle up and I'll show you around!

The easiest way is to fly into the city via their two airports. Now, depending on which airline you choose (and the price you pay), you'll land in either one that's close or one that's far away. Ataturk airport is more convenient if you're stuck for time as it's closer to the city, but you'll probably pay a premium as the majority of flights in this one are Turkish airlines.

If you're on the budget side of the fence and are going to be flying in via the likes Pegasus airlines or Ryanair, you'll land into Sabiha Gokcen which is on the Asian side. This will take a good 1 hour and 30 to reach the city if you're taking a taxi or bus as a transfer. So, leave plenty of time before your flight (I didn't and nearly missed mine on the way back due to heavy traffic). ...... (follow the instructions below for accessing the rest of this article).
This article is featured in the app "GPSmyCity: Walks in 1K+ Cities" on iTunes App Store and Google Play. You can download the app to your mobile device to read the article offline and create a self-guided walking tour to visit the attractions featured in this article. The app turns your mobile device into a personal tour guide and it works offline, so no data plan is needed when traveling abroad.