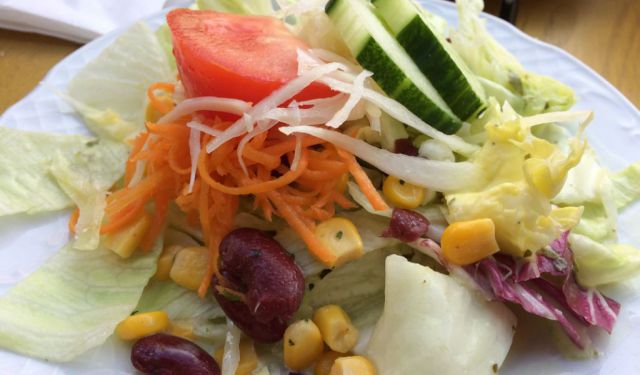 As Germany’s main international airport hub, Frankfurt is a popular destination for busines and international travelers who arrive with intentions of heading elsewhere. Frankfurt doesn’t attract mass tourism like Berlin, Munich and Hamburg, but still has plenty of historic sites to see in an afternoon’s time while waiting for a train or a flight. Go ahead and skip modern Frankfurt, and indulge in the history of Frankfurt am Main.

Adjacent to the Hauptbanhof is the home of where Oskar Schindler, the man who saved 1,200 Jews at Auschwitz, lived between 1965 and 1974. On the facade, a plaque rests in honor of his bravery in World War II.

On August 28, 1749, at the strike of midday, or twelve, Johann Wolfgang von Goethe was born. This is the home where Johann and his sister Cornelia. Goethe is known as the “Shakespeare of Germany,” and is one of the most prolific writers in western civilization. In 1733, Goethe’s grandmother purchased the home. The house was destroyed during the war and rebuilt with original belongings. The museum is insight into Goethe’s life and a walk through 18th Century aristocratic luxury. Visitors will see everything from a 1700’s kitchen to Goethe’s writing desk. The museum is a must visit and nearly one mile from Hauptbanhof. ...... (follow the instructions below for accessing the rest of this article).
This article is featured in the app "GPSmyCity: Walks in 1K+ Cities" on iTunes App Store and Google Play. You can download the app to your mobile device to read the article offline and create a self-guided walking tour to visit the attractions featured in this article. The app turns your mobile device into a personal tour guide and it works offline, so no data plan is needed when traveling abroad.