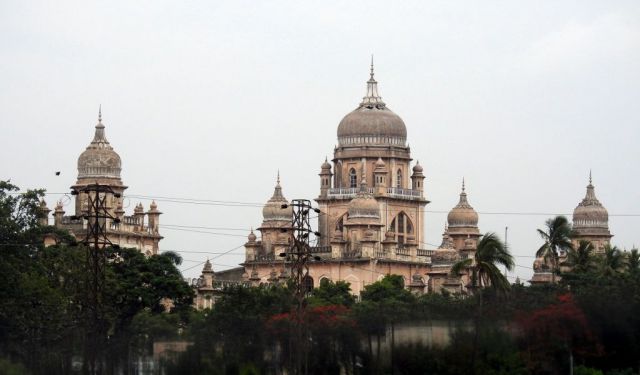 Hyderabad: Enamour of the Old City, Hyderabad, India (B)

Often called the city of pearls, the historic city of Hyderabad is truly multifaceted. While the booming IT industry in the last decade and a half has given the name Cyberabad to the city, the good old charm of the city is still intact despite changing times.

This is especially evident in the area of the “old city” or “real Hyderabad” as it also known. Founded by Qutb Shahi Sultan Muhammed Quli Qutb Shah in 1591, Hyderabad was originally built on the southern banks of the river Musi. With time the city grew in all directions, but the area south of the Musi remained the “original” Hyderabad and is often referred as ” Old City” or “shehar” (Hindi for the word city).

With heritage structures, bustling markets and authentic food, the area is literally the heart and soul of the city. Bursting with people and teeming with activity, it is one of the best areas to experience the eclectic flavors, colors and culture of this magical city.

One of the most well known structures of the country, Charminar is the global landmark of Hyderabad. The iconic structure which is a renowned monument and mosque literally translates in English as “four towers”. The magnificent structure is square with four orante arches each facing and opening into four different streets in four directions. Almost 184 feet in height, each minaret ends in a bulbous dome. There are close to 150 steps to reach the upper floor of the monument. Built using granite, limestone, mortar and marble, the monument has a mosque is located at the western end of the open roof. The architecture is exquisite and has a distinctive Islamic influence. The area surrounding Charminar is also known by the same name and is home to the famous markets of the city. ...... (follow the instructions below for accessing the rest of this article).
This article is featured in the app "GPSmyCity: Walks in 1K+ Cities" on iTunes App Store and Google Play. You can download the app to your mobile device to read the article offline and create a self-guided walking tour to visit the attractions featured in this article. The app turns your mobile device into a personal tour guide and it works offline, so no data plan is needed when traveling abroad.