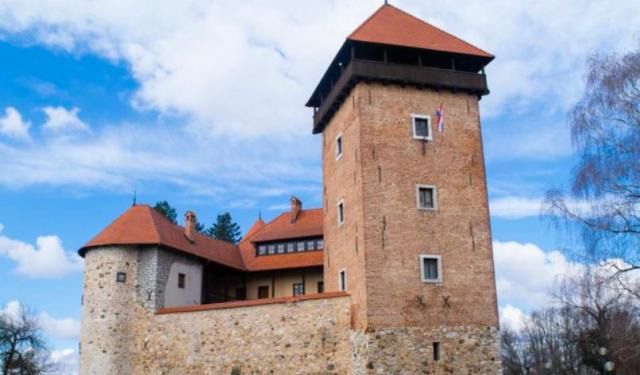 For my trip to Croatia last winter, a goal of mine was to prove that the country had more to offer than its coastline. That meant heading inland to places that may get less attention. Given how famous Plitvice Lakes are, I had no worries there, even in winter. I was fairly confident with places like Varazdin and Rastoke, with a decent idea that they would deliver. Really, my biggest gamble was the small city of Karlovac in Croatia’s north. Relatively unknown, this city sits at a crossroads between the coast and hinterland, so most pass through and don’t stop. All of this begs the question, is there anything to see in Karlovac?

If you’ve been to Croatia you may actually recognise the name of Karlovac, but probably didn’t know it was a town. That’s because Karlovac is home to Croatia’s most popular beer label, Karlovačko. As such, brewing is one of the city’s main industries along with firearms manufacture.

In terms of history, Karlovac owes its creation to the repeated attacks of the Ottomans against the Austrian Empire. The Austrians actually built Karlovac as a defensive outpost in the 16th century, likely in part because of the Kupa and Korana rivers that provide some natural defences. By the 18th century, Karlovac was released to Croatia and nowadays is best known today for its parks and riverfronts. ...... (follow the instructions below for accessing the rest of this article).
This article is featured in the app "GPSmyCity: Walks in 1K+ Cities" on iTunes App Store and Google Play. You can download the app to your mobile device to read the article offline and create a self-guided walking tour to visit the attractions featured in this article. The app turns your mobile device into a personal tour guide and it works offline, so no data plan is needed when traveling abroad.