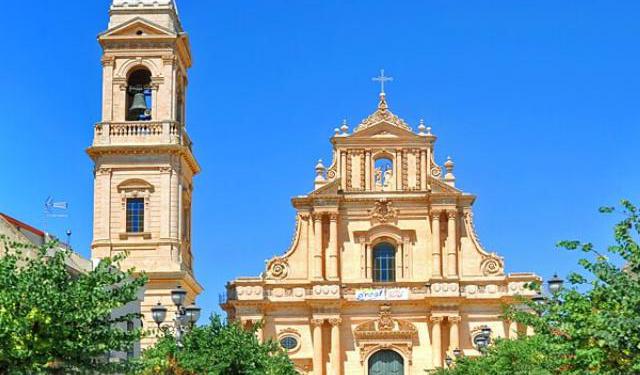 Ispica, Getting Off the Beaten Track in Sicily, Ispica, Italy (B)

As I a gaze upwards and my eyes drink in the colourful fresco above me, I notice a large brush stroke that looks out of place. My guide explains that this is the last fresco painted by Olivio Sòzzi, a prolific artist whose work adorns many churches and monasteries in Sicily. In this church alone, there are 26 such paintings, dating back to 1763, including his most famous masterpiece, which covers some 40 square metres of the church’s ceiling with scenes from the Old and New Testament. The anomalous brush stroke, I sadly learn, Sozzi made as he fell from the scaffolding he worked from, plunging to his death.

More than 300 years later, his legacy lives on through these magnificent images, here in the Basilica di Santa Maria Maggiore in Ispica and throughout Sicily.

The town of Ispica lies about 6 miles inland from the south-east coast of the island in the Val di Noto (Famous Valley). It’s one of many in the region that were rebuilt after a devastating earthquake in 1693. Following the quake, which was one of the largest ever recorded in Italy, a tsunami tore along the Ionian coast of Sicily and the Messina Strait. The first sign was a withdrawal of the sea, emptying the harbour at Augusta, before the water roared back in again. Tragically, some 60,000 people lost their lives that day and nearly 50 towns were destroyed. ...... (follow the instructions below for accessing the rest of this article).
This article is featured in the app "GPSmyCity: Walks in 1K+ Cities" on iTunes App Store and Google Play. You can download the app to your mobile device to read the article offline and create a self-guided walking tour to visit the attractions featured in this article. The app turns your mobile device into a personal tour guide and it works offline, so no data plan is needed when traveling abroad.