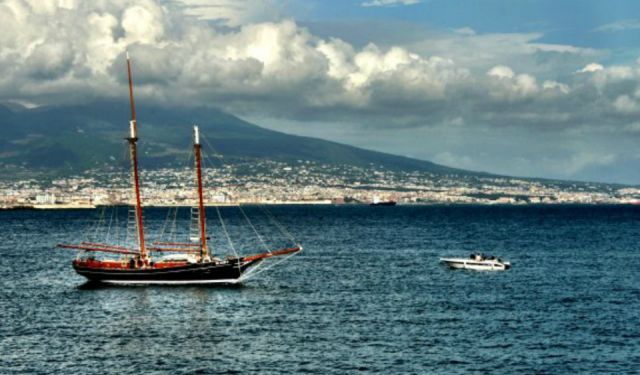 Italy: Things to Do in Naples, Naples, Italy (B)

I have been to Naples three times now and each time found different things to do in this most marvellous and misunderstood of Mediterranean cities. It is such an affordable and rewarding city break with a spectacular setting on the Bay of Naples. So here are my must-see things to do in Naples:

During a walk along the seafront promenade of Naples you will see children playing football, girls in confirmation dresses and bridal couples having photos taken, as well as utterly immobile sunbathers and fishermen on the rocks. There are stalls selling the freshest seafood, pretzel things and pig’s feet. There are a series of small marinas with shiny yachts and dilapidated fishing boats. And there is Castel dell‘Ovo.

The ‘Egg’ Castle enjoys views around the Bay of Naples from the hillsides of Posillipo to Vesuvio itself. Tucked just under the walls of the castle is a tiny former fishing village that is a lovely place for an apperativo.

This tiny promontory of land is the site of the original settlement founded by the Greeks in the 8th Century BC that evolved into the Greco-Roman city of Neapolis. Legend has it that an egg is buried in the castle and if it is broken that will herald the end of Naples. In the 13th and 14th centuries a new castle was built as the seat of power moved from here to the central city and Castel Nuovo. ...... (follow the instructions below for accessing the rest of this article).
This article is featured in the app "GPSmyCity: Walks in 1K+ Cities" on iTunes App Store and Google Play. You can download the app to your mobile device to read the article offline and create a self-guided walking tour to visit the attractions featured in this article. The app turns your mobile device into a personal tour guide and it works offline, so no data plan is needed when traveling abroad.

Create Your Own Self-Guided Walks in Naples
Guide Name: Italy: Things to Do in Naples
Guide Location: Italy » Naples
Guide Type: Self-guided Walking Tour (Article (B))
Author: Natasha Von Geldern
Read it on Author's Website: http://www.worldwanderingkiwi.com/2013/09/things-to-do-in-naples-italy/
Sight(s) Featured in This Guide:
Where To Stay in Naples, Italy - Guide of Best Areas and Hotels