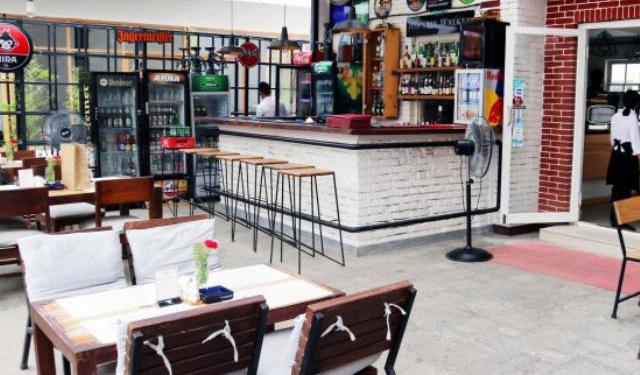 I’m going to be honest and say that I’m not really big on going out late at night. I’m more of a snuggle up in bed and read a book kind of girl. However, I’ve been in Kathmandu long enough that I’ve frequented a few cool lounges (totally my scene) as well as a few clubs (my scene 5 years ago). A hand full of my Nepali friends love to go out and party, and some of them are DJs, so I tagged along a few nights while they showed me the best of Kathmandu night life.

It seems that in Kathmandu, the pre-party starts at 9:00pm or 10:00pm while the real parties don’t get going till 11:00pm or midnight. So, if you’re planning to go out, make sure to hit a lounge or bar first and a club later in the evening because if you show up at the club at 10:00pm, you’ll be the only one on the dance floor.

I was invited to Evoke to listen to my friend DJ. It’s a 20-minute cab ride from Thamel, but it’s super close to Patan. Evoke is a large restaurant/bar which had a beer pong tournament, live music, and the World Cup playing on a projector screen when I was there. There’s indoor and outdoor seating and the vibe of the place is really great. What sold me though was the insanely good food. After having a couple of beers, I decided to get a ham and cheese sandwich. I didn’t really expect anything special, but it was one of the best I’ve ever had. I’d definitely recommend this place for food or to just chill at night with friends for a drink. ...... (follow the instructions below for accessing the rest of this article).
This article is featured in the app "GPSmyCity: Walks in 1K+ Cities" on iTunes App Store and Google Play. You can download the app to your mobile device to read the article offline and create a self-guided walking tour to visit the attractions featured in this article. The app turns your mobile device into a personal tour guide and it works offline, so no data plan is needed when traveling abroad.