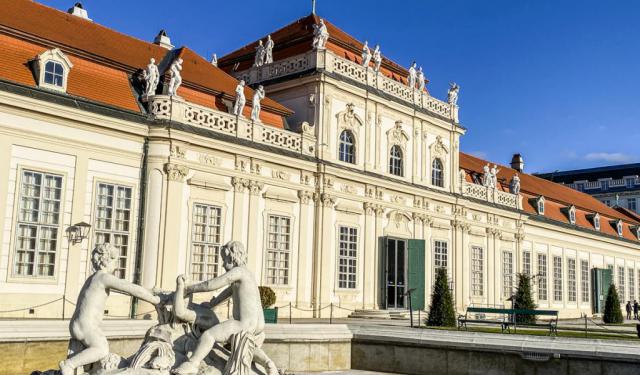 On first impression Landstrasse or Landstraße, District 3 of Vienna, is simply a suburb on the main roads leading directly into the historic core of Vienna. But look closely and steeples, domes and huge, but beautiful residential blocks will draw you into side streets dotted with extraordinary edifices.

Vienna in was once the capital of the Austrian Empire that occupied a large area and several countries of central Europe. It was created by the Hapsburg Monarchy a sovereign dynasty that ruled Austria from the fifteenth to the twentieth century. Landstrasse, meaning country road, and the area known as the third district of Vienna has absorbed some of the neighbourhoods that reflect the former glory of this beautiful city.

This district was established during the nineteenth century. The southern part of Landstrasse is predominantly residential as it is more affordable. A highlight in this area is the district of Simmering often dubbed Gasometer City. A cluster of four massive gas tanks was built here to provide power for the city centre during the nineteenth century. When they were opened in 1896 they were among the largest in the world. A fifth tank was added later. The gasometers remained in use for nearly one hundred years by which time the original Imperial four had been listed and the newest one had been demolished. The tanks fell into disuse when they were no longer needed. Then, during the 1999s an architectural competition was held and subsequently they were converted into residential blocks preserving the original exteriors and the roofs. ...... (follow the instructions below for accessing the rest of this article).
This article is featured in the app "GPSmyCity: Walks in 1K+ Cities" on iTunes App Store and Google Play. You can download the app to your mobile device to read the article offline and create a self-guided walking tour to visit the attractions featured in this article. The app turns your mobile device into a personal tour guide and it works offline, so no data plan is needed when traveling abroad.