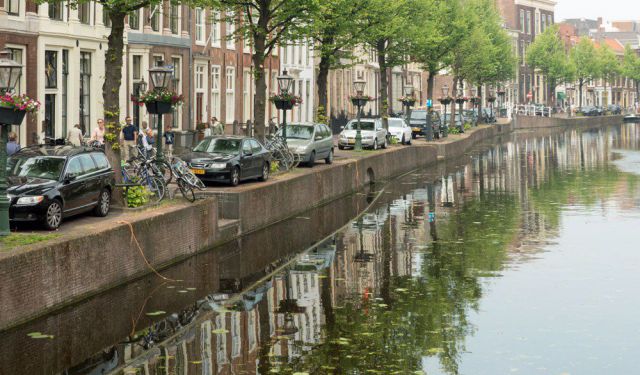 Leiden, An Alternative to Amsterdam?, Leiden, Netherlands (B)

One of my aims on my recent visit to the Netherlands was to find a city that could offer an alternative tourist destination to Amsterdam. Why? Because, although Amsterdam is undeniably beautiful, and interesting, it is also packed with visitors. The figures are hard to estimate, but at least 17m tourists went to Amsterdam in 2016. And the figures are rising, to the extent that new measures are being implemented such as increased tourist taxes and a clamp-down on AirBNB.

All of this means that, not only is Amsterdam often unpleasantly crowded, but space is at a premium, so that hotel rooms can be hard to find and are often very small. In my quest to find an alternative I came up with Leiden, a university city with canals and cafés galore. A bit like a smaller version of Amsterdam (although I didn’t notice any drugs or a red light district – which might be a good or a bad thing, depending on your point of view…)

Like Amsterdam, Leiden is a canal-based city. Ringed by a 6 km moat, it has a total of 28 km of canals and 88 bridges. In fact it has more canals than any other Dutch city apart from Amsterdam. ...... (follow the instructions below for accessing the rest of this article).
This article is featured in the app "GPSmyCity: Walks in 1K+ Cities" on iTunes App Store and Google Play. You can download the app to your mobile device to read the article offline and create a self-guided walking tour to visit the attractions featured in this article. The app turns your mobile device into a personal tour guide and it works offline, so no data plan is needed when traveling abroad.