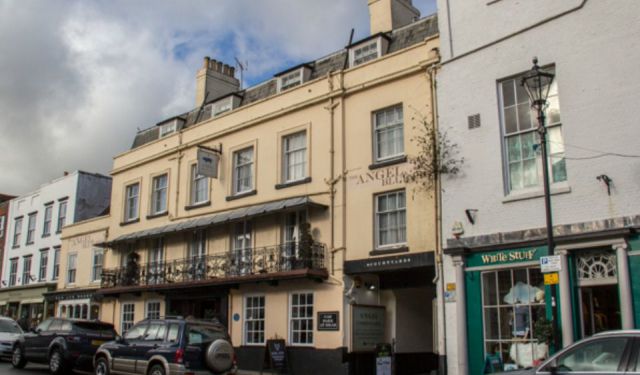 Lymington, the Coastal Capital of the New Forest, Lymington, England (B)

Lymington, in the New Forest, of England has an unusually wide High Street. It was built like this to accommodate the large Charter Market that has been held here since 1250. Early every Saturday morning around one hundred market stalls are set up and line the High Street on both sides. Generally referred to as a Georgian street this road actually features an eclectic mix of Georgian, Victorian, Art Deco and traces of Medieval architecture. I joined the crowds of visitors thronging the High Street to browse the various stalls that ranged from pet products to home-made bread. All this activity was watched over by the parish church, the Church of Saint Thomas situated at the top end of the High Street. When I finished in the market I made my way to this church. I like visiting churches as they often divulge a lot about the history of their environment.

Historically the Church of Saint Thomas been integral to the development of the town as there has been a church on the same site since at least the mid-thirteenth century. Parts of the present building, a Grade II listed building, date back to the early thirteenth century. The church was badly damaged during the English Civil Wars when the Puritansoccupied it. The local inhabitants restored it in the style of the time. The tower was added following the Restoration of the Monarchy in the seventeenth century. It is believed the distinctive white cupola was added in the mid-eighteenth century. This cupola had deteriorated by the end of the twentieth century when the group known as the Friends of Saint Thomas was established and raised sufficient funds to restore it. ...... (follow the instructions below for accessing the rest of this article).
This article is featured in the app "GPSmyCity: Walks in 1K+ Cities" on iTunes App Store and Google Play. You can download the app to your mobile device to read the article offline and create a self-guided walking tour to visit the attractions featured in this article. The app turns your mobile device into a personal tour guide and it works offline, so no data plan is needed when traveling abroad.