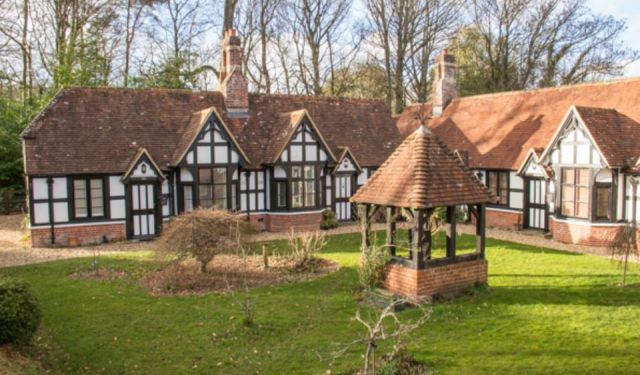 Lyndhurst, the Heart of England's New Forest, Lyndhurst, England (B)

Lyndhurst has been the throbbing heart of England’s New Forest since William the Conqueror made it his base when he established his hunting grounds here over nine hundred years ago. Today Lyndhurst is still central to the activities in the New Forest. The road into the village snakes around the summit of a hill topped by its glorious gothic parish church with its iconic towering spire. The church of St. Michael and All Angels.was built in the mid-nineteenth century although evidence of earlier churches on this site can be seen inside the church. Memorial tablets of a much older vintage are housed here. Also inside are some beautiful pre-Raphaelite windows designed by William Morris, Edward Burne-Jones and Charles Kempe. But this church is most famous for its fresco by Lord Frederick Leighton. Depicting the parable of the Wise and Foolish Virgins, the biblical characters are said to have been modelled on local people.

Inside the church I found some interesting information about two famous past residents of Lyndhurst. Alice Hargreaves (nee Liddell) achieved fame as Alice in Lewis Carroll’s Alice in Wonderland and Alice through the Looking Glass. It was while Alice was a young girl living in Oxford that she attracted the attention of Lewis Carroll, the pen name of Charles Lutwidge Dodgson, a mathematics tutor at Christ Church, Oxford. Alice’s father was Dean of Christ Church when Dodgson became a family friend and made up his stories to entertain Alice and her sisters. Initially, he wrote down these stories at Alice’s request and they were subsequently published as novel bringing fame to both himself and Alice. A fame that Alice brought with her when she married the wealthy Reginald Hargreaves and moved to Cuffnells, his country estate near Lyndhurst. After being requisitioned during the Second World War Cuffnells deteriorated and demolished in the early 1950s. However, the White Rabbit Public House and the Mad Hatter Tea Rooms keep the memory of Alice alive. ...... (follow the instructions below for accessing the rest of this article).
This article is featured in the app "GPSmyCity: Walks in 1K+ Cities" on iTunes App Store and Google Play. You can download the app to your mobile device to read the article offline and create a self-guided walking tour to visit the attractions featured in this article. The app turns your mobile device into a personal tour guide and it works offline, so no data plan is needed when traveling abroad.