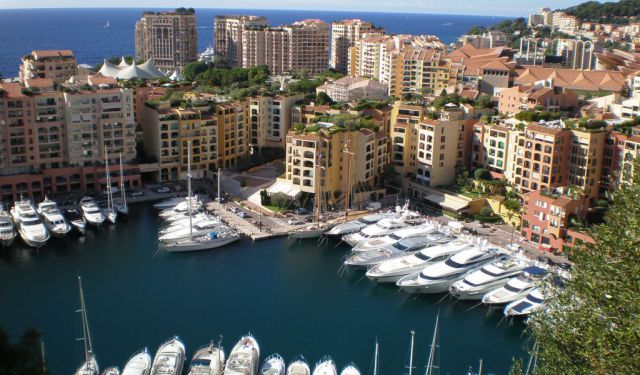 Have you ever gambled in a casino? Or maybe you like collecting stamps? Are you a fan of late Grace Kelly? If so, you might want to visit Monaco.

The tiny Principality of Monaco is completely surrounded by France.You could literally be with one foot in Monaco and with another in France. Why is Monaco so famous and rich? Well, the rulers of Monaco were very smart and introduced no tax policy which attracted the wealthy people & businesses from all around the world. And those wealthy people needed to spend their money too hence the casino of Monte-Carlo.

It is thought that the marriage of Monaco’s prince Rainer III with the Oscar-winning American actress Grace Kelly brought international fame to this small Mediterranean country. It is in fact the second smallest country in the world (Vatican is the smallest country) ! Today, the son of Grace Kelly ,Prince Albert II is the current ruler. He finally got married in 2011 and has recently baptized his twins.

I’ve been to French Riviera a couple of times in the past five years so I also visited Monaco. The most recent visit was in October. So what could an average traveller see in this city-state? First of all, Monaco state consists of 6 main quartiers or wards. The oldest one is Monaco-Ville (to differentiate it from the name of the country) situated on a rock. This is where you can find the Cathedral, the Prince’s palace and the Oceanographic museum. From this rock you can admire the part of Monaco called Fontvieille where you can see the football stadium ( FC Monaco plays in the French league) and where the International Circus Festival is held. From another viewpoint, just right from the palace you see the port (and yachts) and the road where the starting position of Formula 1 Grand Prix race is. That part is called la Condamine. You can also see the condos of Moneghetti (the residential area let’s say) and the cupola of Monte-Carlo casino. What you can’t see is the last part of the country and that’s Larvotto and there’s where you can lie on the beach. ...... (follow the instructions below for accessing the rest of this article).
This article is featured in the app "GPSmyCity: Walks in 1K+ Cities" on iTunes App Store and Google Play. You can download the app to your mobile device to read the article offline and create a self-guided walking tour to visit the attractions featured in this article. The app turns your mobile device into a personal tour guide and it works offline, so no data plan is needed when traveling abroad.