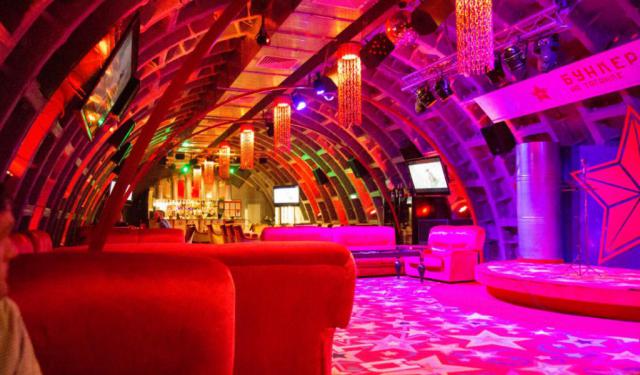 Bunker-42 was once a top-secret, Soviet military complex. Stalin had commissioned it to be made after the United States created a nuclear bomb. 65 meters (or about 213 feet) underground, was the desired depth to protect Russia’s top officials from a nuclear attack.

It became operational in 1954. Fortunately, it was never needed for its true purpose and was instead used as the command center of strategic bombers for nearly 30 years in Moscow. Now, it is a museum dedicated to the Cold War. It is a truly unique experience!

Yep! That means you can actually go inside a top-secret, Soviet military bunker when you’re in Moscow. The photo above is the only indication of the bunker, it’s otherwise set under a very ordinary looking building, that gives no hints to what’s below.

Call ahead to book your tour (the number is: +7 499 703-44-55), there are several English tours throughout the day. (And yes, the only way you are getting inside is with a tour.) We went to the 6:30 pm tour as it was slightly cheaper, and it was a smaller tour as well. ...... (follow the instructions below for accessing the rest of this article).
This article is featured in the app "GPSmyCity: Walks in 1K+ Cities" on iTunes App Store and Google Play. You can download the app to your mobile device to read the article offline and create a self-guided walking tour to visit the attractions featured in this article. The app turns your mobile device into a personal tour guide and it works offline, so no data plan is needed when traveling abroad.